Things to do in Shiraz – the land of poetry, nightingales, wine & flowers

Shiraz, also known as the land of poetry, nightingales, wine and flowers, has always been the heartland of the Persian culture and also once the capital of Iran. Here are our suggestions on things to do in Shiraz as well as the places around it.

A huge medieval fortress right in the middle of the city, once used as a prison, is now a museum which contains some art paintings and old photographs of what Shiraz used to be. 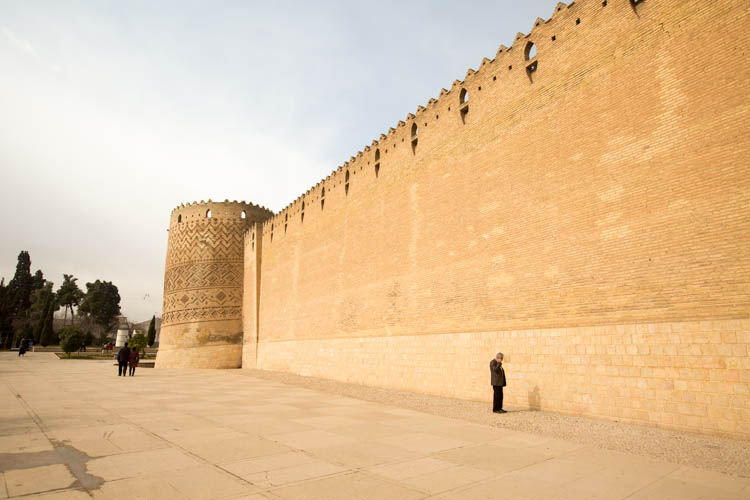 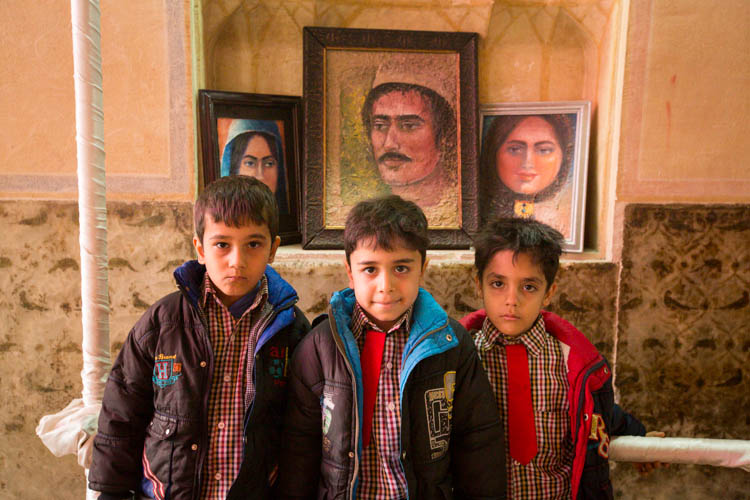 We were exploring the museum when we came across a group of young students and their teacher who was very excited to see us. She immediately asked her students to take turns posing for photos with us. In particular, she asked us to take a photo of this very sweet girl (photo on the right below) as her eyes were a very beautiful shade of blue. 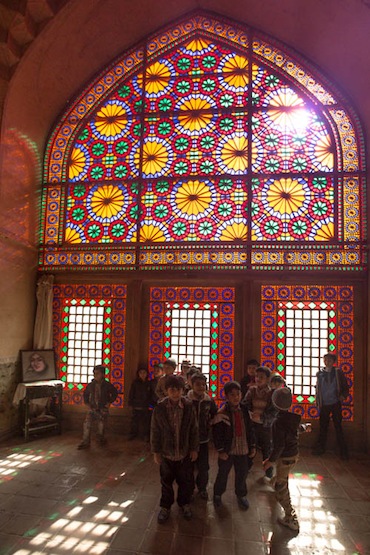 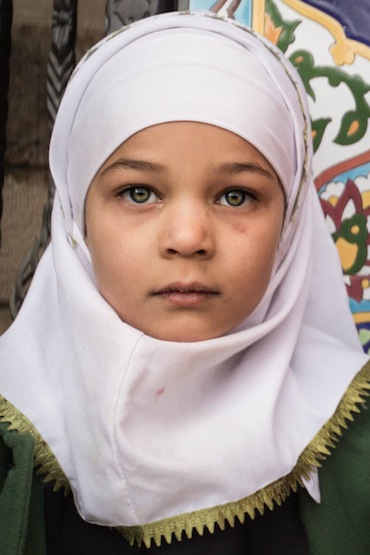 Hafez was a renowned and well loved poet of Iran and almost every Iranian is able to quote his works. But the photo below pretty much sums up this place, the tomb is the main attraction. We feel that you can give this place a miss if you do not have the time. 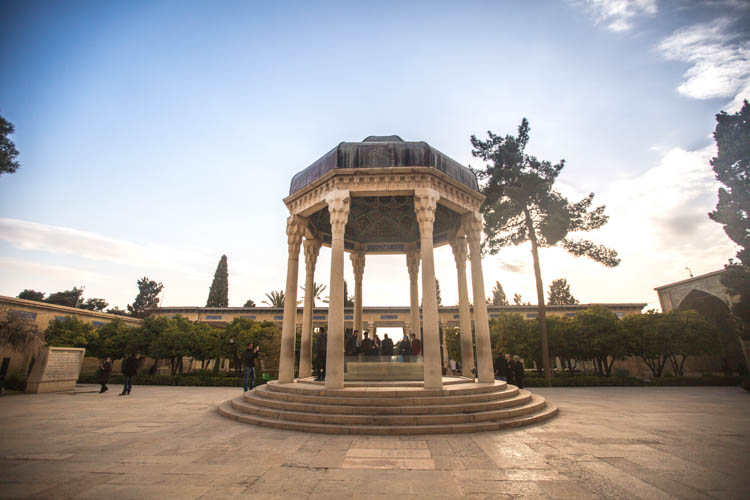 While exploring the streets, don’t forget to admire the creative art expressions on the walls. We were really impressed by some of them. 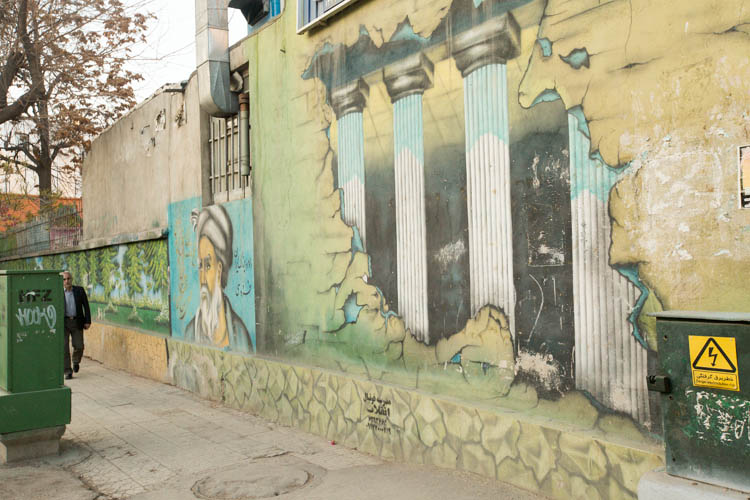 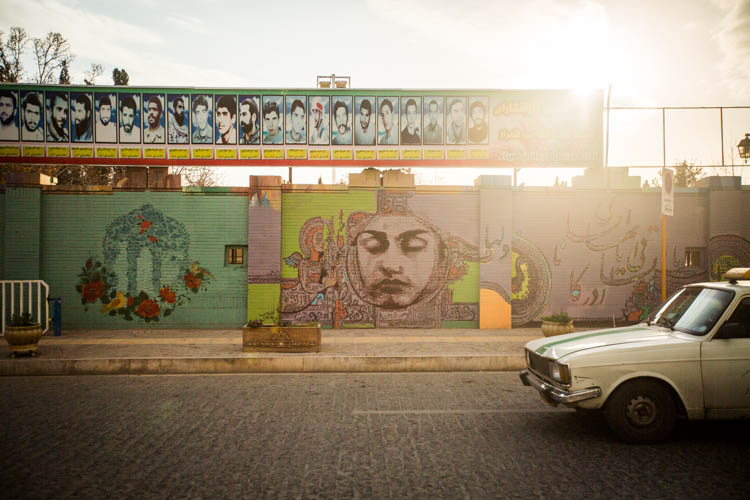 The ruins of an ancient city of Iran, once a grand city that defeated the Romans, but today here’s all that’s left. Unfortunately we were here without a guide and we couldn’t really make out most of the ruins. Probably this place would be more interesting with a guide explaining to us. 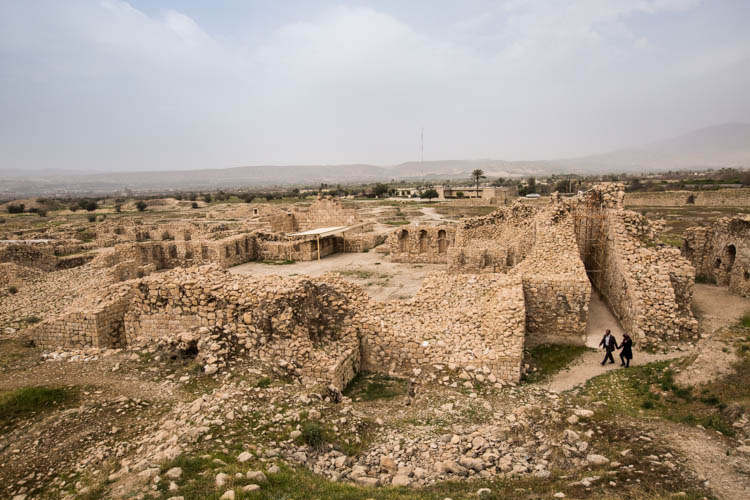 The remains of the once magnificent Bishapur 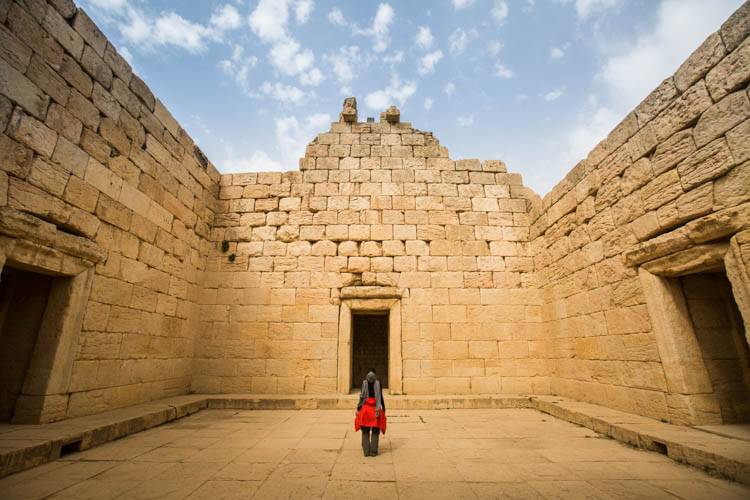 A short distance from Bishapur, the Chogan Gorge has 6 huge bas-reliefs carved out of the steep rocky limestone cliff. The reliefs are mostly engravings of horsemen which depict their victory over the Roman invaders. 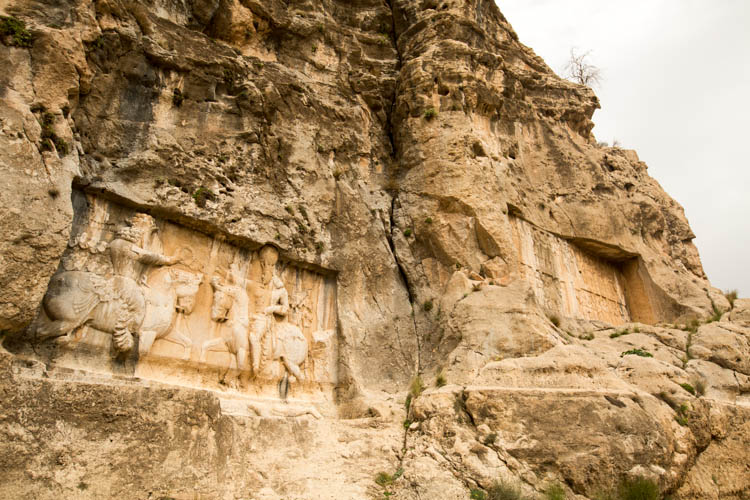 The name Persepolis also means “City of Persians” and its current state is a mere shadow of its former days glory. It was believed that Persepolis was built on the slopes of Mt Rahmat to showcase its magnificence and grandiosity to its visitors, especially during their New Year celebrations (Newroz). We feel that this place is definitely one of the highlights of Shiraz, a must visit if you’re coming to Iran. 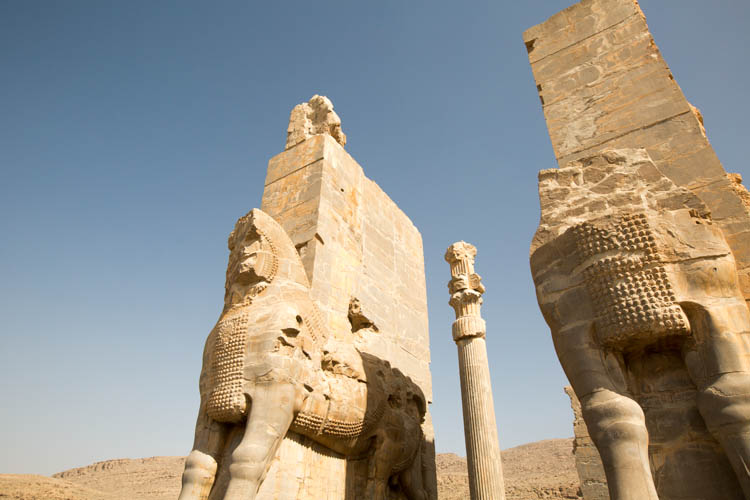 Breathtaking Persepolis – the city of Persians 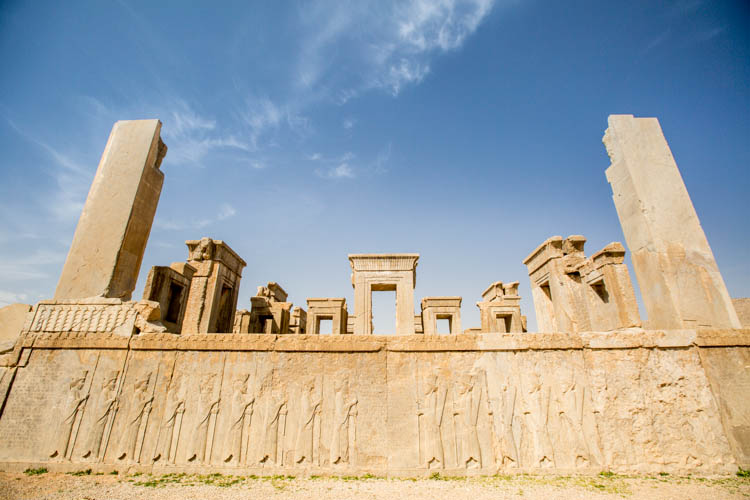 You might not be able to tell from the photos, but this place is huge! Back in its heyday, it was more than 125 sq km! If you’re wondering how come it’s all only pillars left (like in the photo below), it’s believed that this entire place was burnt down by Alexander in 330BC. The roofs were made of timber and after being burnt, it melted the iron bolts that held the structures together. Hence causing the ceilings to collapse, leaving behind only the stone columns. 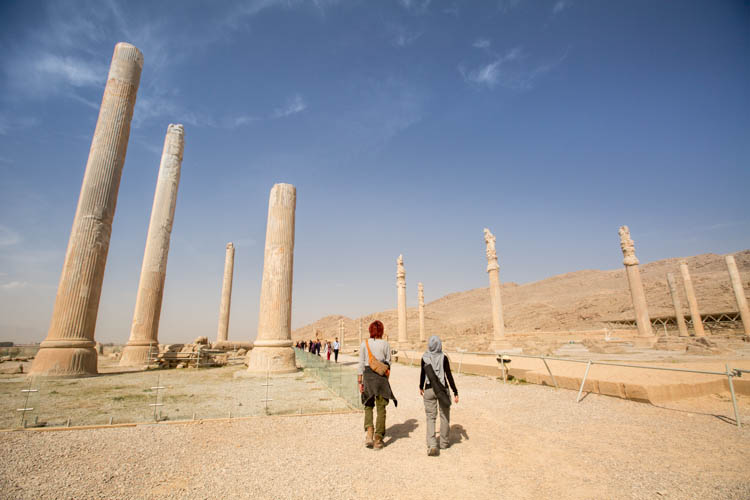 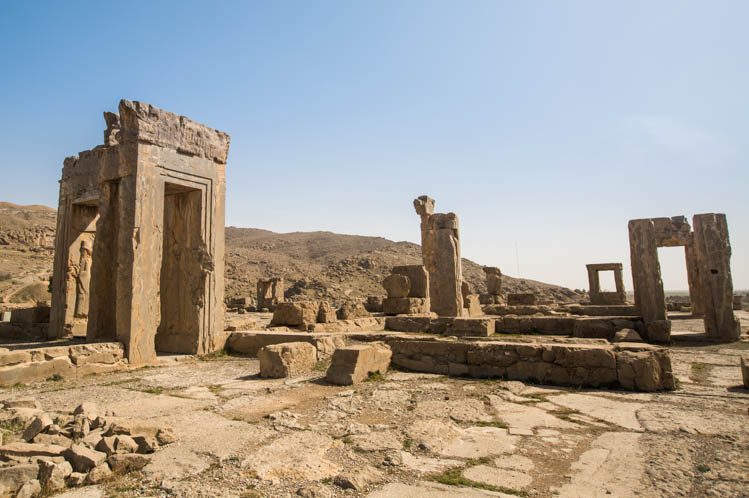 The main highlight of the Parsagade would be the Tomb of Cyrus, as shown in the photo below. We didn’t take much photos of this place as we decided to give it a miss as there was nothing else to see besides this tomb. Ps. we took this photo from outside the fence of the complex. 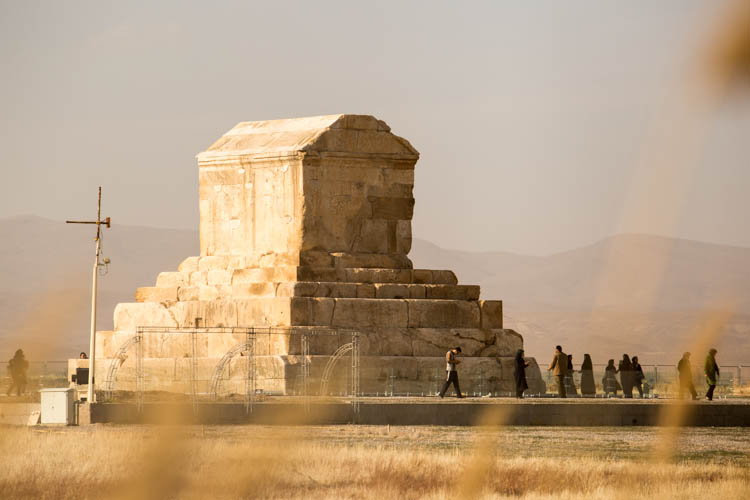 Tomb of Cyrus at Parsagade

We only saw these attractions from outside as we felt that they were very similar to what we’ve seen previously at the Chogan Gorge (scroll up), which were basically bas-reliefs (rock engravings).

Where we stayed
Niayesh Boutique Hotel, US$10 for a single dorm bed with breakfast
Not bad, value for money. Dorm room was quite cozy, albeit very narrow. Good location, walking distance to most of the attractions in the city. Relatively strong & fast wifi connection available in the rooms. 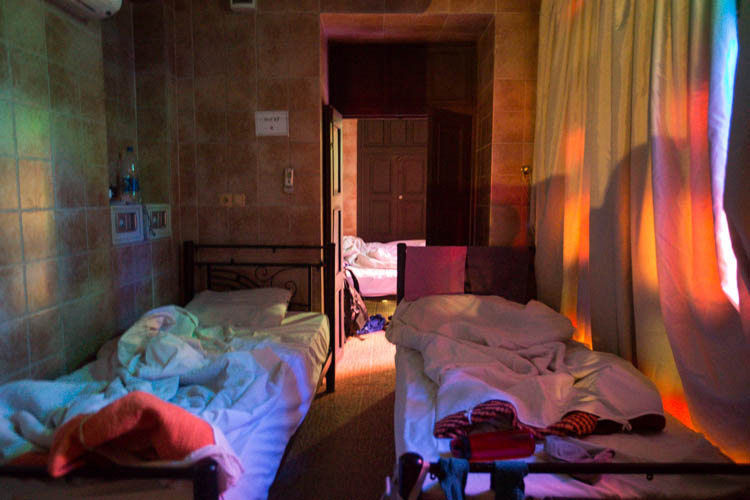 How we got around
We booked a 3 days tour with Masoud (fravahar_m@yahoo.com) which included a driver and vehicle to bring us to the places above as well as around Yazd. We had 2 different drivers, one for the first day and the other for the second & third day. Overall it was quite well organised, but as we wanted to cut cost, we omitted the guide services.

Have you been to Shiraz before? Do you feel that it’s worth it to check out the attractions around Shiraz or to give them a miss? Share with us your views by commenting below! 🙂

« A must-visit in Iran, Qeshm Island » Things to do in Isfahan – Our favourite city in Iran

A must-visit in Iran, Qeshm Island

Our experience on visiting the Geopark (Namakdan Cave and Chahkooh Canyon) at Qeshm Island, one of our most breathtaking and...