Why You Should Travel Off The Beaten Path In Turkey

Turkey has always been a top travellers’ destination, but most have only been to the more popular places like Cappadocia, Esphesus, Pammukale, etc. Those places are beautiful too, but hey, the eastern side of Turkey is also extremely picturesque and maybe even more appealing due to the void of tourists. Here’s why you should travel the off beaten path in Turkey.

Here’s a map showing the places that people don’t usually travel to in Turkey. But to us, they’re places worth going if you can spare the time! 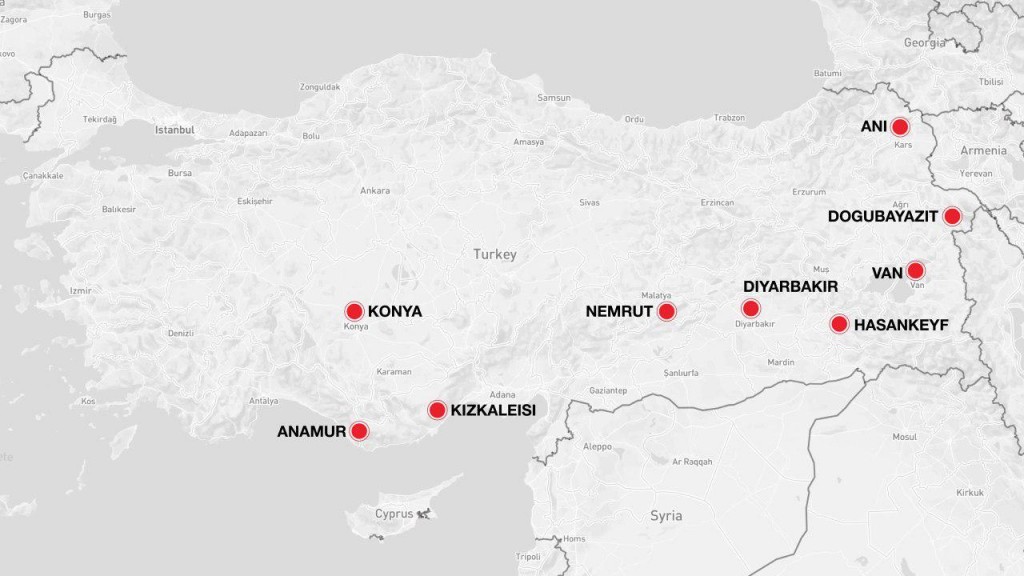 The eerie ruins of Ani, the ancient capital of Armenia

Ani at Kars used to be the Capital of Armenia more than 1,000 years ago and it was also known as the “City of a Thousand Churches”! The vast history and significance of this place is incredible and profound. It was such an intense moment for us when we traipsed through the remnants of this once bustling city, imagining how it would have looked like during its heyday and glory. 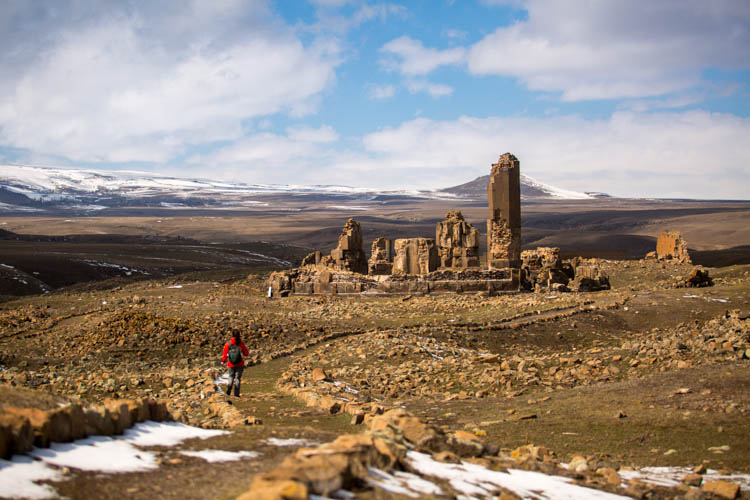 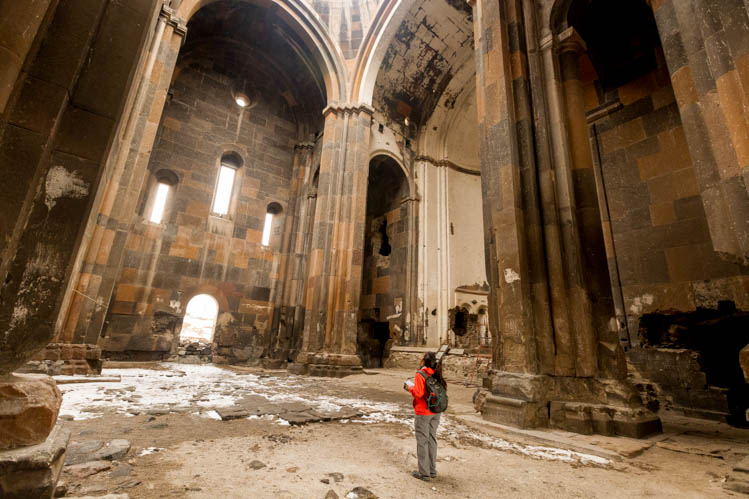 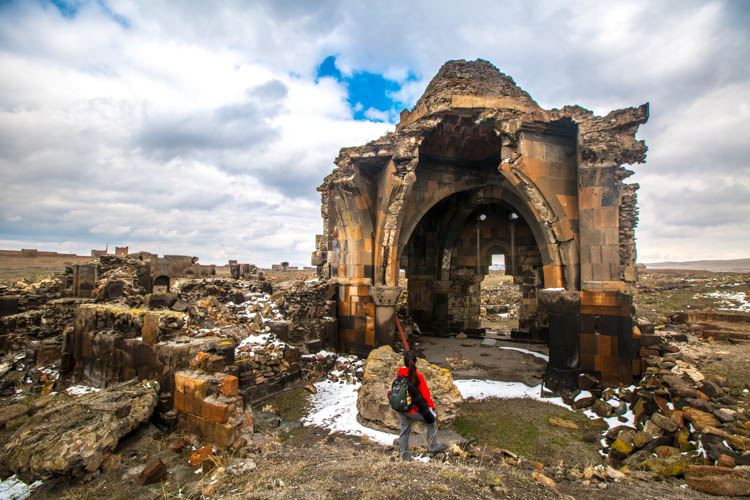 This palace literally took our breath away the moment we caught sight of it. It was so beautiful! This palace is also a great example of exquisite Ottoman architecture.

Tip: Hitch a ride to the top and walk down after you’re done! 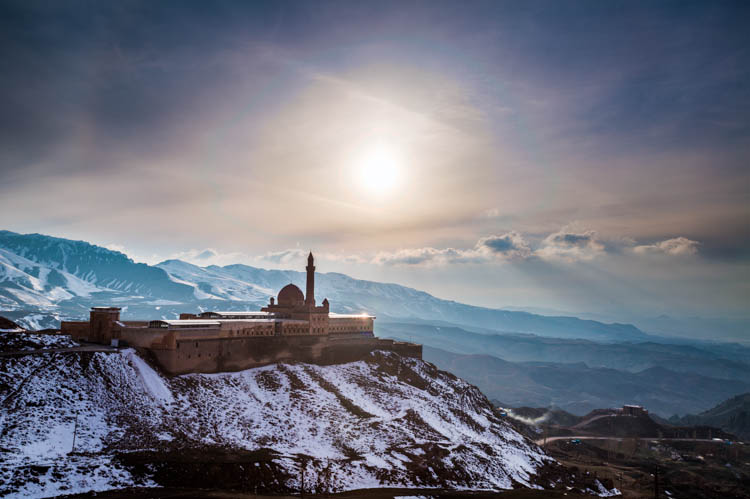 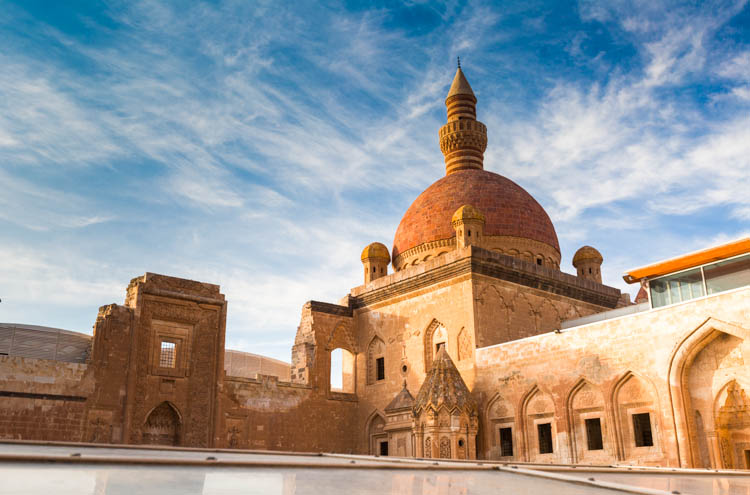 Newroz is a traditional new year celebration of the Kurds which falls on the first day of Spring. We were walking towards the castle in Van when suddenly a colourful crowd of people decked mostly in the 3 primary colours, red, green and yellow, started running in the opposite direction from us. Thankfully a kind soul filled us in on what was happening and we could barely contain our excitement! It was our first time experiencing such a celebration and we decided to busk in the joy and fun with them! 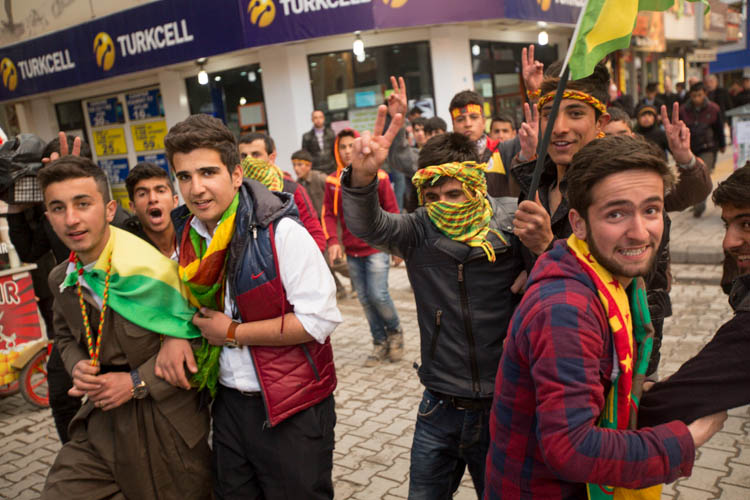 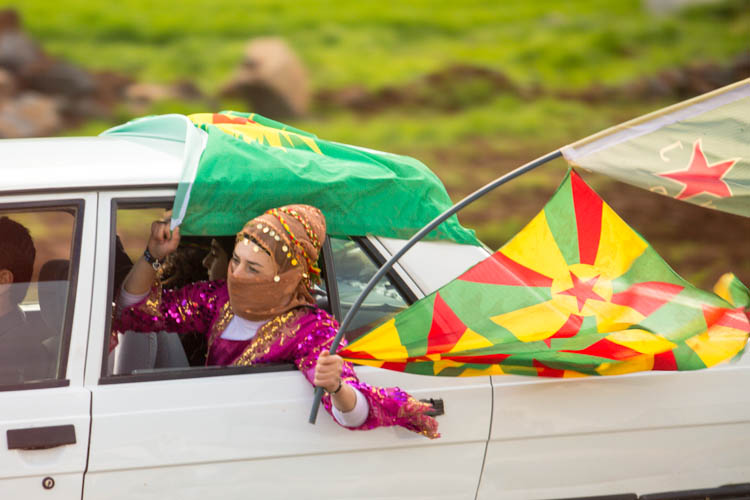 Explore the canyons of Hasankeyf before it gets flooded

This pretty town has quite a sad fate actually as it’s supposed to be entirely flooded by the Llisu Dam in 2016. Really pity the villagers living there as they would have to shift out and find themselves a new home. So visit this beautiful town while you still can before it vanishes! 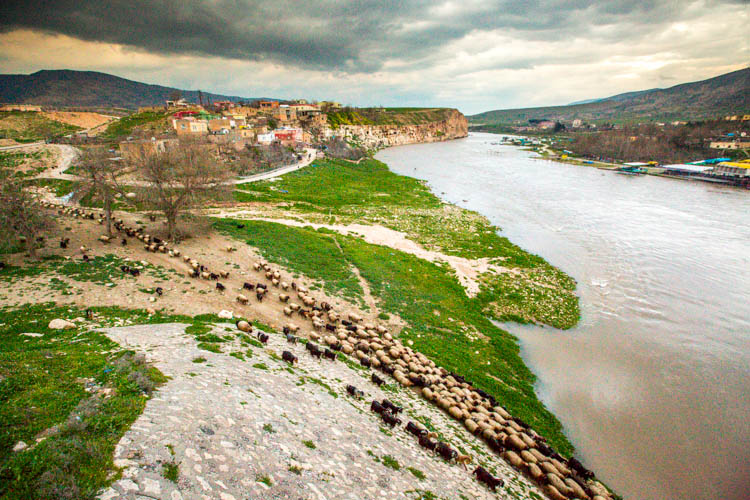 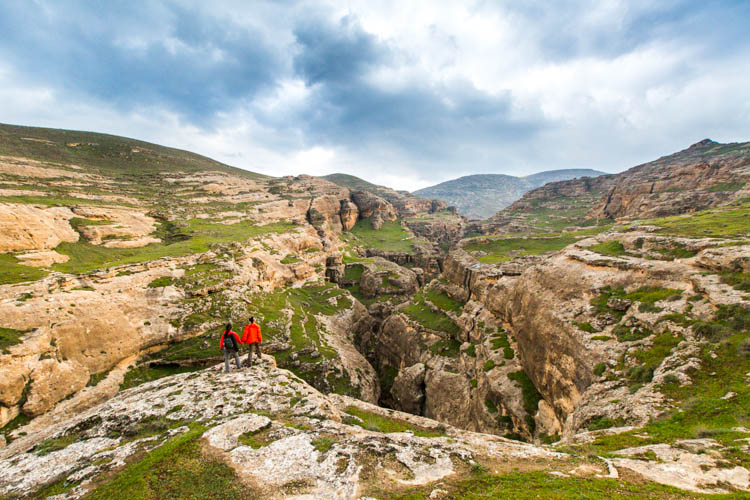 Marvel at the beehive houses of Harran

Harran is supposedly one of the oldest inhabited spots in the world and till date there are still people living here! The trademark of this place would be its beehive houses which are where the people live in. The conical shaped roofs led to its name and the reason behind it was that there used to be a shortage  of wood and hence they had to use mud to make bricks to form their roofs. Also because there were plenty of reusable bricks from the ruins nearby. 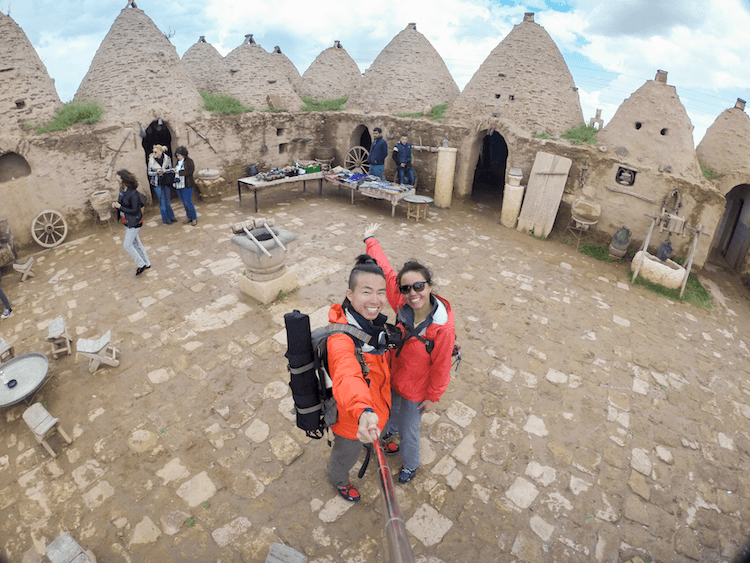 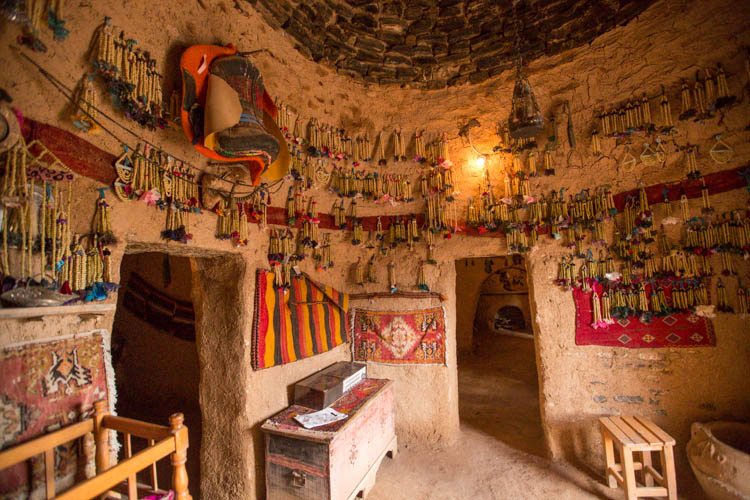 The summit of Nemrut that you see in the photo below was actually man made! It was believed that the pre Roman local king ordered his men to build this small hill above his tomb where he was buried and to surround his tomb with life size statues to protect his tomb. Click here to read our full experience on hiking Mt Nemrut in winter!

Tip: I suffered from snow glare after this trek (meaning my eye balls got sun burnt). Wear sunglasses when trekking on snow! 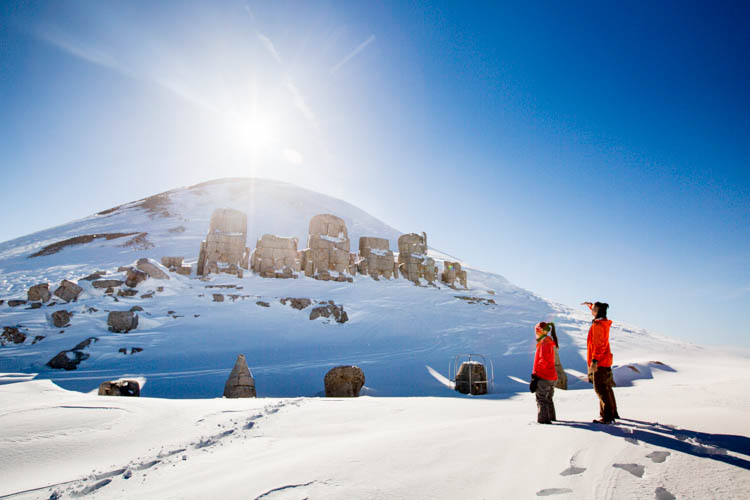 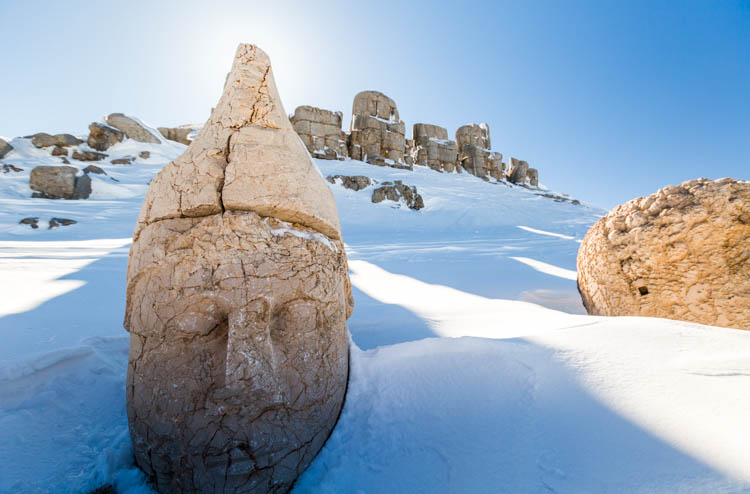 The surreal view of the “suspended” castle at Kizkalesi

This place really felt like a dream, imagine walking out towards the sea and witness the “floating castle'” which looks like it’s suspended in the middle of the sea! Where else can you get a view like this? You could actually rent this dolphin-like boat where you sort of pedal yourself to the castle which is only about 300m away. Well, we didn’t have the time as it was getting late already. So we we’re not really sure how it looks like from inside, but the view from the shore is already a killer! 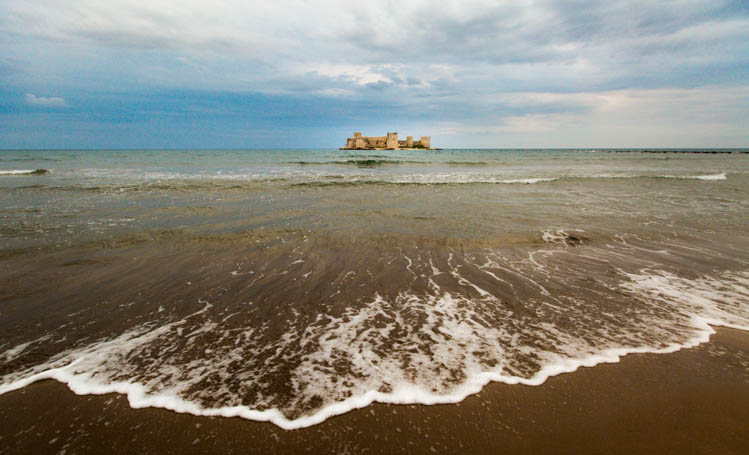 The other highlight in Kizkalesi is the Cave of Heaven and Hell. The photo below was taken inside the Chasm of Heaven. The only reason why they linked it to “Heaven” was because of the Chapel of Virgin Mary that was constructed right outside the cave. This cave as huge and it was quite fun exploring it. When we first entered, the lights weren’t turned on and it was almost pitch dark! The entire cave was about 200m long, 900m wide and 70m deep! 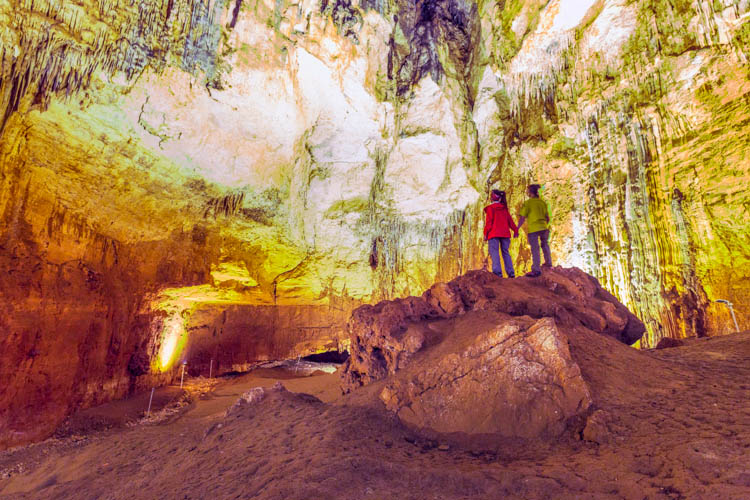 And here is the Cave of Hell which you can’t go down to. It’s basically this huge sinkhole that has been created over the years by a passing river. 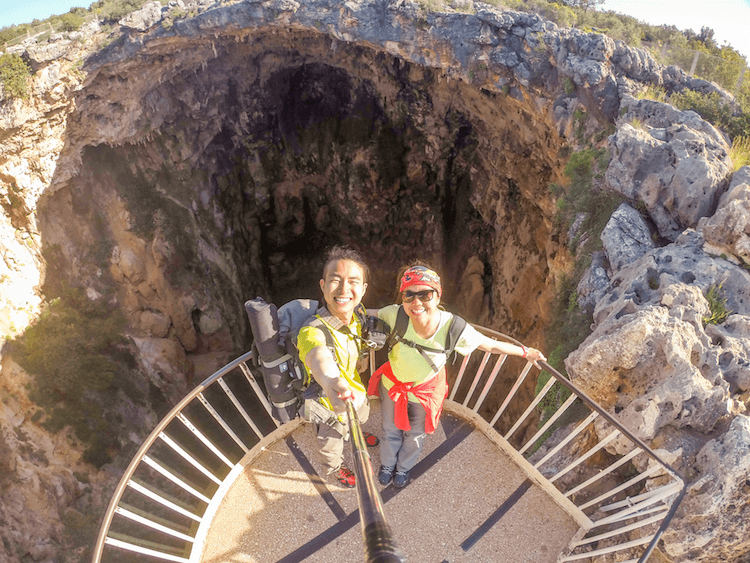 The ancient ruins of the once thriving Anemurium City

This ancient city in Anamur existed back in the Hellenistic period (more than 2,000 years ago) and one can only imagine how this place must have been like back in its hey day glory! Despite being hit by several earthquakes, this place is still quite well preserved. Till date you could still see remnants of bath houses, a Roman theatre and some other buildings. 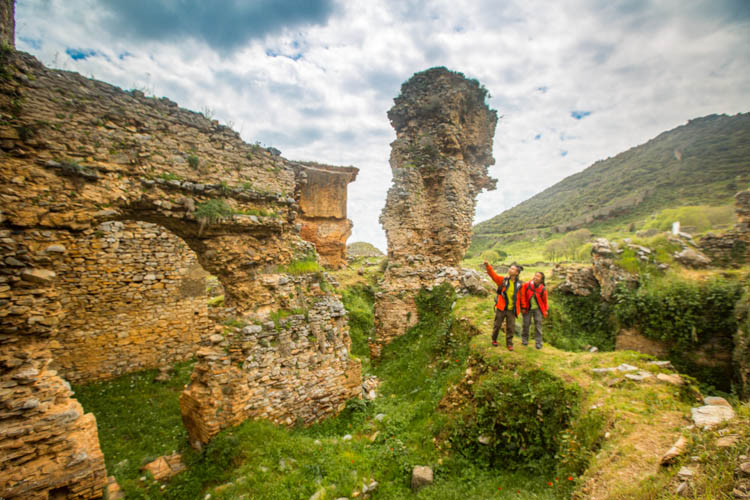 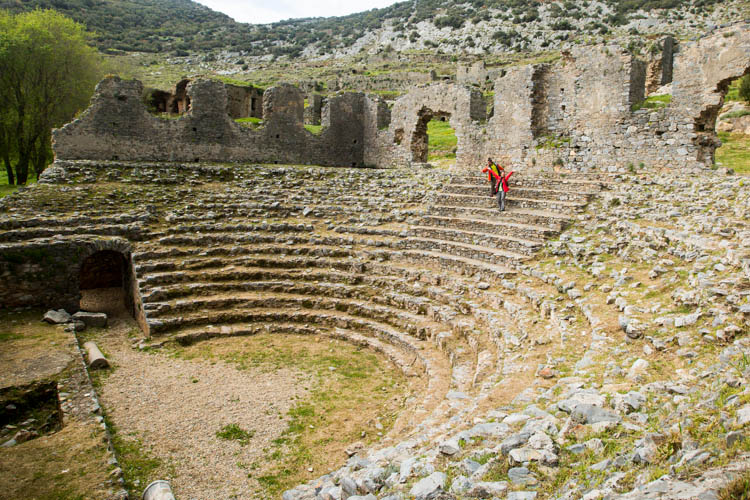 The whirling dervishes of Konya

One of our most unforgettable moments of Turkey was witnessing the whirling dervishes of Konya in action. This was part of the Mevlevi worship ceremomy (also known as the sema) which is a ritual dance where the devotees were connecting with God. Apparently the most authentic and original sema is at Konya and it is free of charge at Konya’s Mevlana Cultural centre, every Sat at 7pm. We know that places like Istanbul charge a pretty hefty fee for the sema performances. 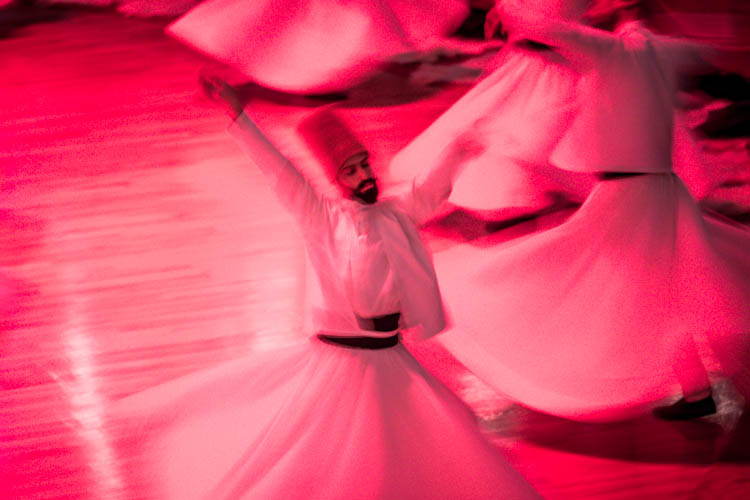 Hopefully the above post is enough to inspire you to want to explore the less beaten paths of eastern Turkey!