Recently Daniel and I were invited to explore Ciletuh Geopark located in West Java of Indonesia. Neither of us have heard about this place before and we were really excited to visit it! Here’s our recommendation on things to do in Ciletuh Geopark! 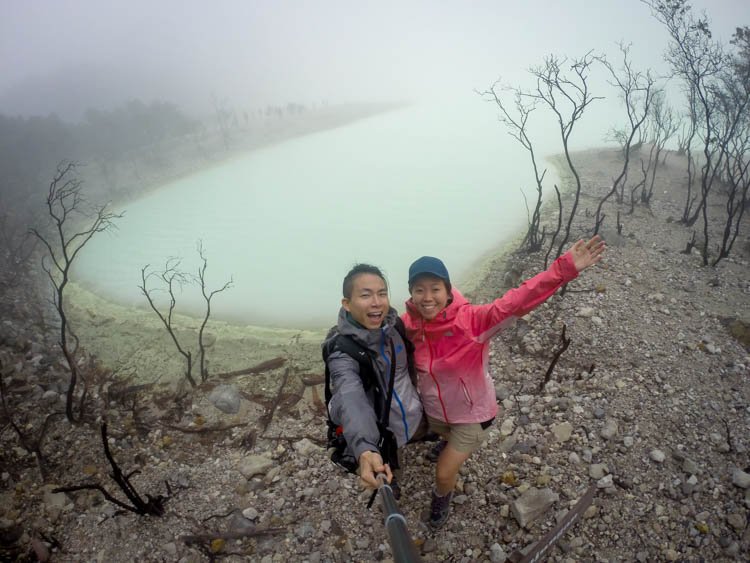 Felt like we were on another planet at Kawah Putih!

Kawa Putih translates literally as “white crater” and when you see it you will understand why. Its water is naturally whitish blue which makes it so appealing and picturesque! Plus the morning fog, everything looks so mysterious and sci-fi which makes us look like we were on a totally different planet. Tip: If you’re planning on heading to Kawah Putih in the morning, remember to bring along a jacket and preferably wear long pants to fend off the cold! It gets reallllyyy cold in the morning, think it was at least around 10-15 degrees? 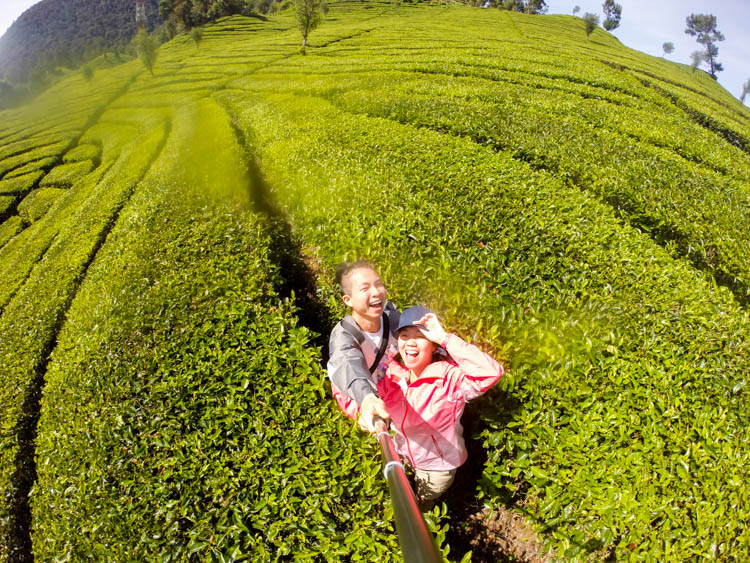 This place makes an awesome photo stop with the rolling hills of green in the background. Indonesia is well known for their local tea and over here, you can actually purchase their local tea leaves for $2 per box! They come in many interesting flavours such as apple, blackcurrant, ginger, lemon and many more! 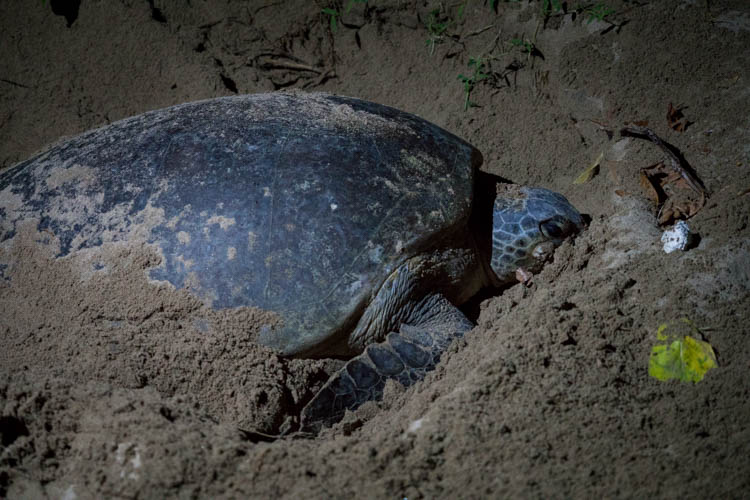 Giant turtle in the midst of laying eggs!

Pangumbahan Turtle Park is one of the largest turtle conservation and breeding parks in Indonesia. We visited the park around 10pm just in time to witness a humongous turtle laying eggs! 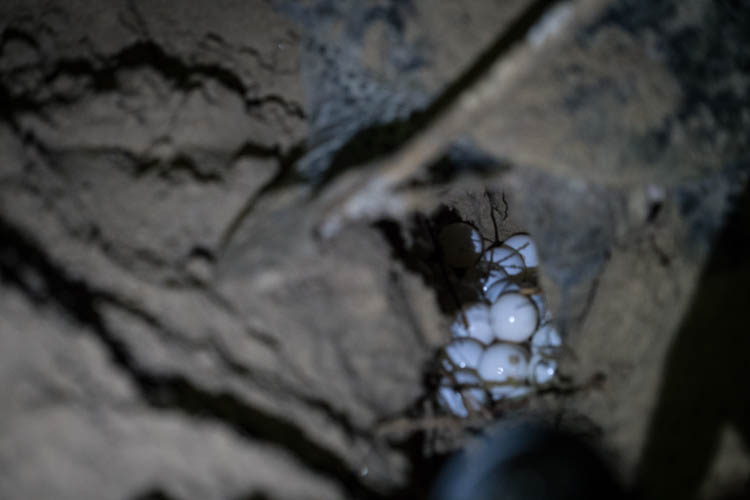 Look at those cute turtle eggs!

Unfortunately there was a delay and we couldn’t make it in time to see the hatchlings being released into the sea which was supposed to be around 5.30pm.

4. Hop on a boat to explore the different rock formations of Ciletuh 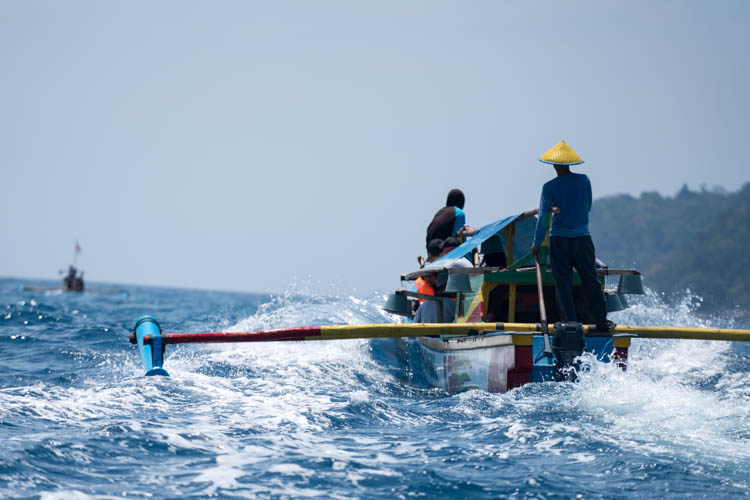 You will get to see a lot of these fishing boats (“bagans”) stationed out there in the deep sea. We saw so many interesting rock formations, some with really interesting names given by the locals. 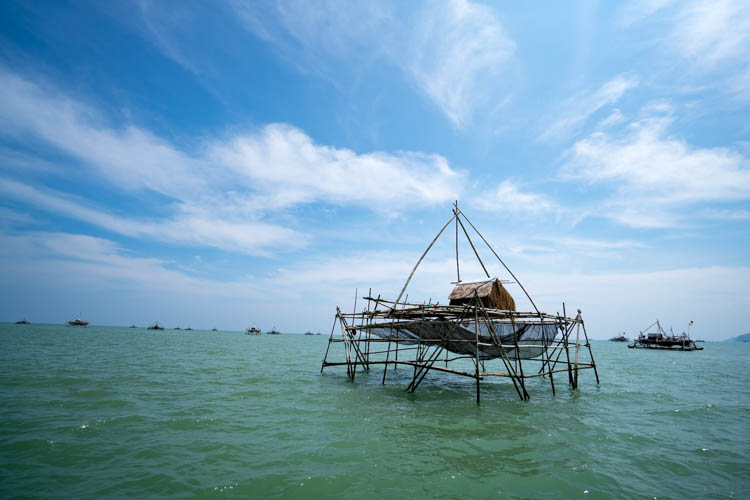 Do keep a lookout for playful dolphins! We were lucky to see a whole group of dolphins (at least 20 of them) swimming behind our boat! Unfortunately we weren’t fast enough to capture a close and good shot of them.

Tip: Bring along sunscreen! Some of the boats do not have shelter and you will definitely be toasted under the sun!

5. Take a dip in the majestic Sudong Waterfall 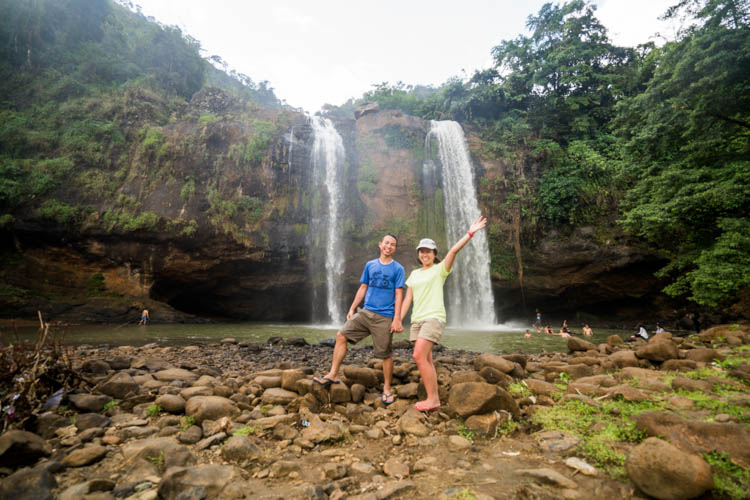 At the beautiful Sudong Waterfall

Ciletuh Geopark has a total of 9 waterfalls, one of them is the Sudong Waterfall. You can even swim in it if you’d like!

6. Experience an out of this world performance by the local village tribe 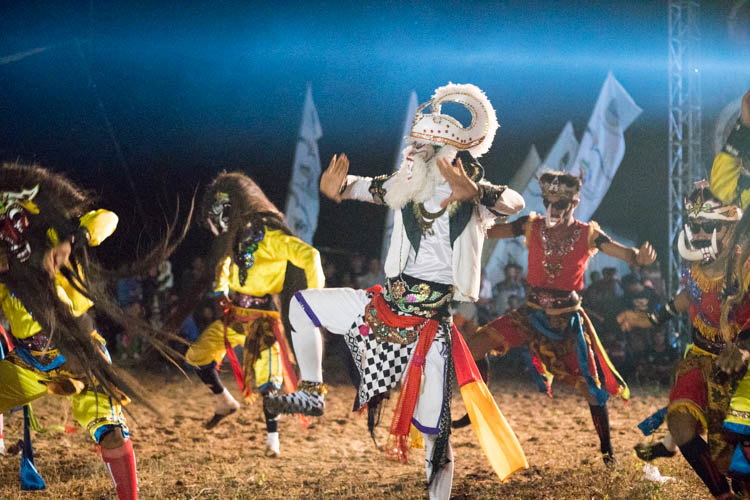 This is definitely one of the main highlights of our trip! It was so crazy!! Words can’t describe how we felt throughout the performance, you have to witness it for yourself to believe what we’ve said! 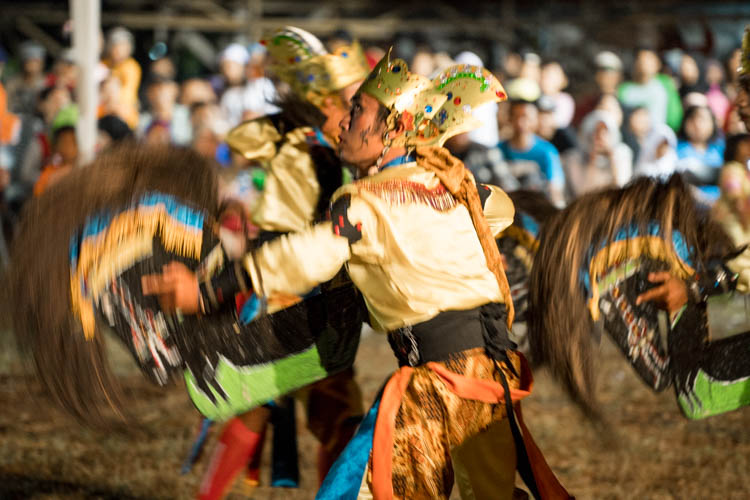 Basically this performance deals with black magic. It’s no secret that Indonesia still uses black magic/voodoo and it was such an interesting experience actually witnessing it for ourselves. The whole idea is that the dancers were really possessed by spirits and there were bomohs (witch doctors) around to manage them.

7. Enjoy the sublime sunset view at the hilltop of Punchak Darma 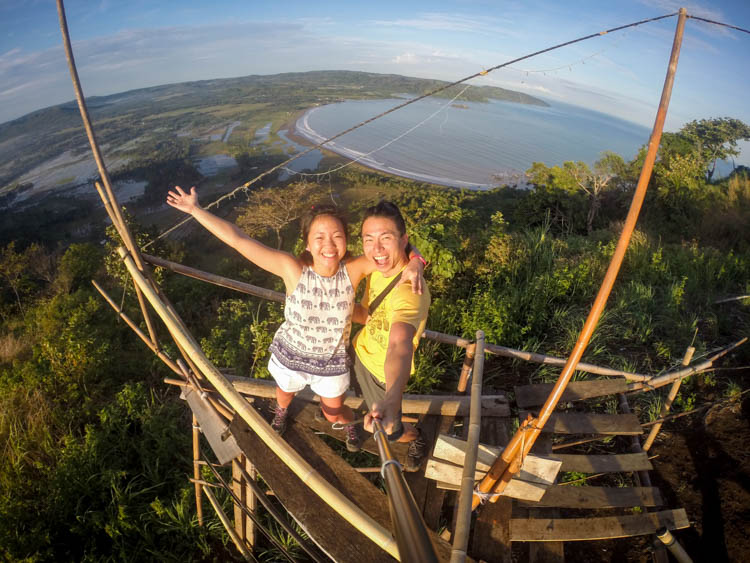 On top of the world with love at Punchak Darma! <3

To get to the summit is not that easy actually, it’s quite far and will take at least 2-3 hours if you’re planning to hike up on your own! But for us, our organiser was so kind to arrange motorcyclists to pillion us up! 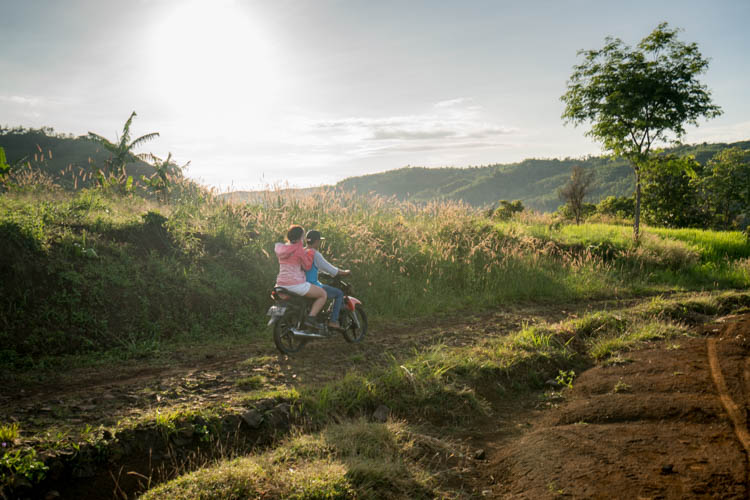 calm before the storm.

This ride itself is an activity on its own. The terrain was ultra bumpy and some parts were steep too! To make matters worse, it rained just before we went up, hence the ground was still so muddy! Imagine riding up/down the slopes on a motorcycle, it was absolutely nerve wrecking!

Tip: Don’t forget to check out the Cimarinjiung Waterfall which is near the bottom of the hill. 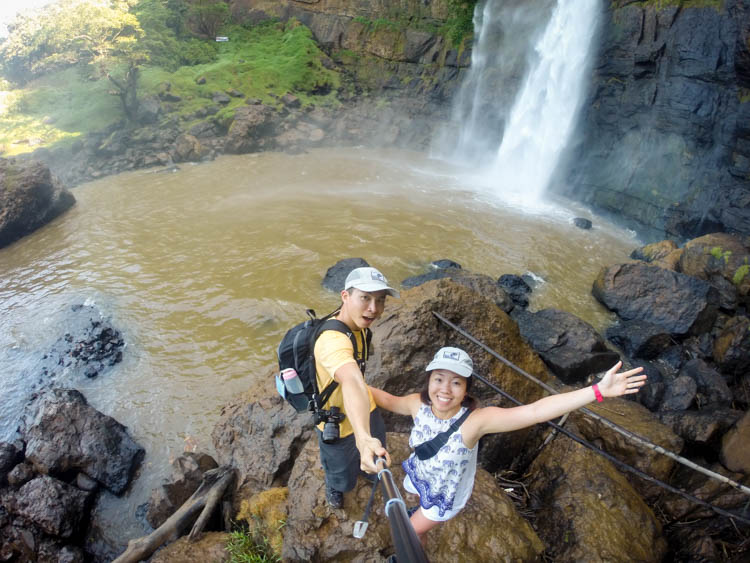 At the majestic Cimarinjiung Waterfall!

8. Soak your aching body in a natural hot spring 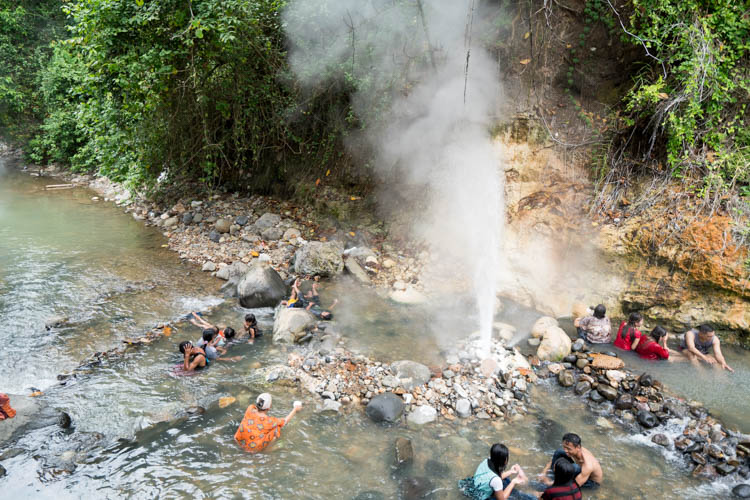 Fancy a dip in a local hot spring?

This geyser here in Ciletuh is as natural as it can get. Don’t expect anything fancy at all, it’s kept in its natural state and is mostly utilised by the locals. We were both sun burnt and didn’t dare to soak our bodies in the ultra hot water as it will only worsen our burnt skin condition! But we were standing close enough to feel that the water was really hot! The locals also believe that this natural hot spring water will be able to cure your body from its aches and ailments.

Tip: If you’re game enough, go for their “spa” where you will get a special massage using strong water pressure and it lasts for as long as you’d like! Best part, it costs only $5!

What it's like travelling with an extrovert for a year across the globe as an introvert!