Kyrgyzstan, as highlighted by our guidebook, is supposedly one of the best places in Central Asia to horse trek. Unfortunately, due to it being the winter season now, many tour companies have stopped their horse trekking tours. But lo and behold, look at that! That’s me on a horse in winter, getting ready to trek up the mountain at Arslanbob! 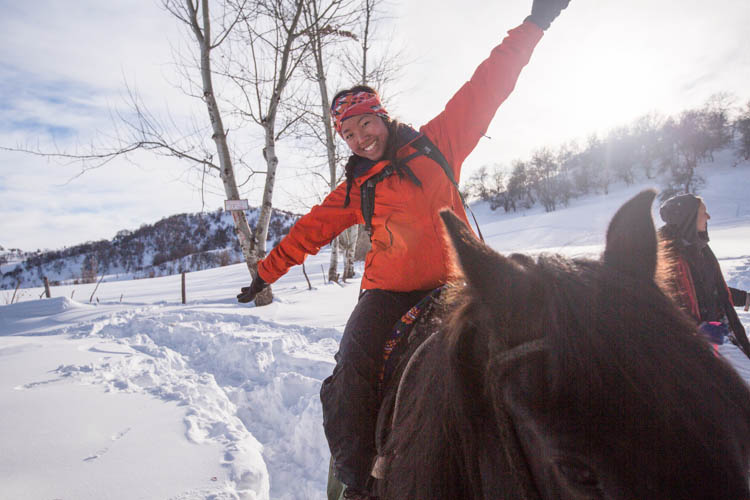 So yes, it’s still possible to horse trek even in winter at Arslanbob! But depends on which month though, we were there in December and the snow level was still manageable for the horses. We’re not sure about January to March when the snowfall is supposedly the heaviest. It’s best to call the in-charge, Hyat, from Community Based Tourism (CBT) a call to check first. We really like the idea of CBT, more about CBT later on in this post. 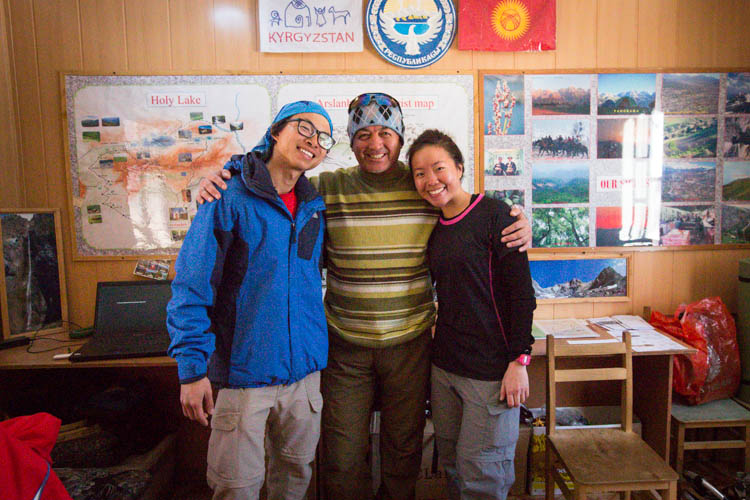 Us and Hyat in his CBT office

After a passionate and thorough briefing by Hyat about the background of Arslanbob as well as the things that we can do, we decided to sign up for a 1 day horse trek + skiing/snowboarding tour with CBT. Yes, skiing and snowboarding is also possible at Arslanbob! Very cool!

The next morning, our guide promptly met us outside the CBT’s office ready with our horses. We weren’t exactly experienced riders at all but the horses were so tame that even a first timer wouldn’t have any problem at all! 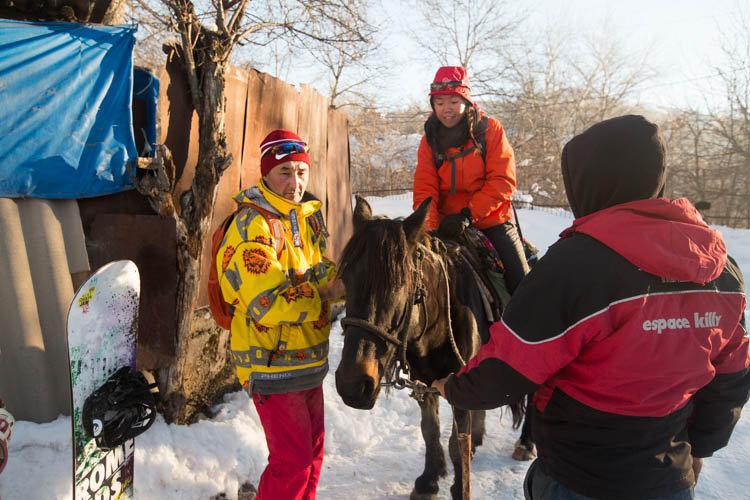 Hehe everybody, please say hi to Karapa (means black horns in Russian), my lovely tame horse! Oh and check out our guide in the second photo below. It was insane how he could carry so many equipment with him while he rode his horse! (2 snowboards, snowboard shoes, skis, food and more!) Poor guy…and horse. 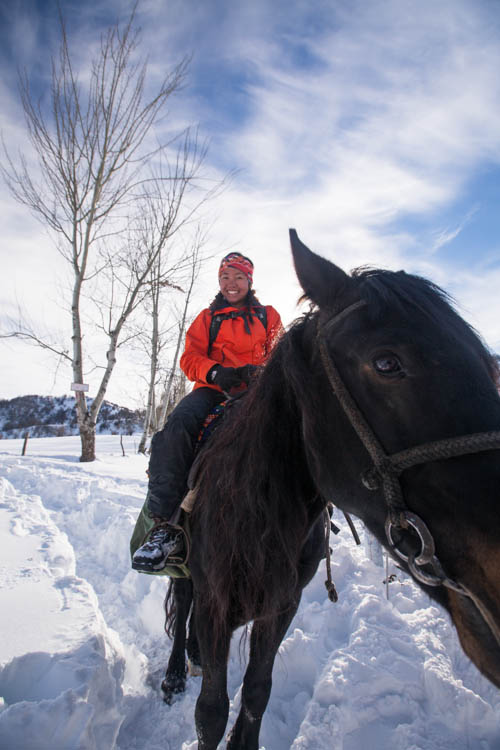 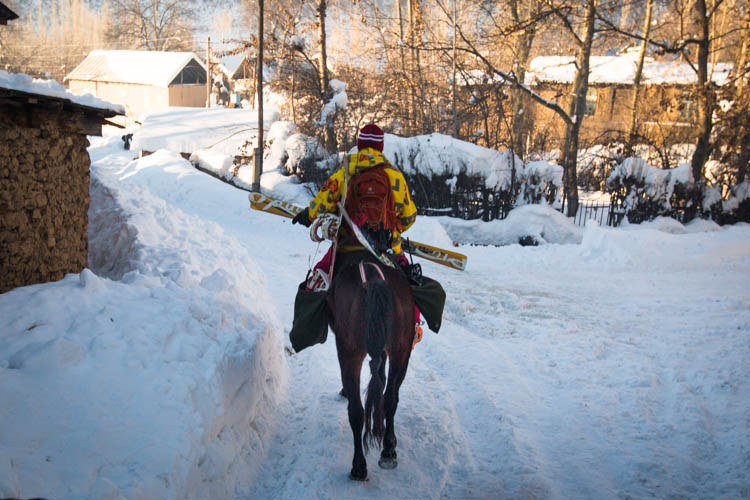 We happily rode the horses up the mountains to about 2,500m where we reached a wide gentle sloping agricultural land which has been entirely covered with a thick layer of fresh powdery snow. As you can see, the slope was rather gentle, but still, it was great fun going down on the soft powdery snow! Even if you fall or flip over (some of the skiers had really dramatic falls), it wouldn’t hurt at all because you’ll only just end up crashing into a thick layer of fluffy snow! 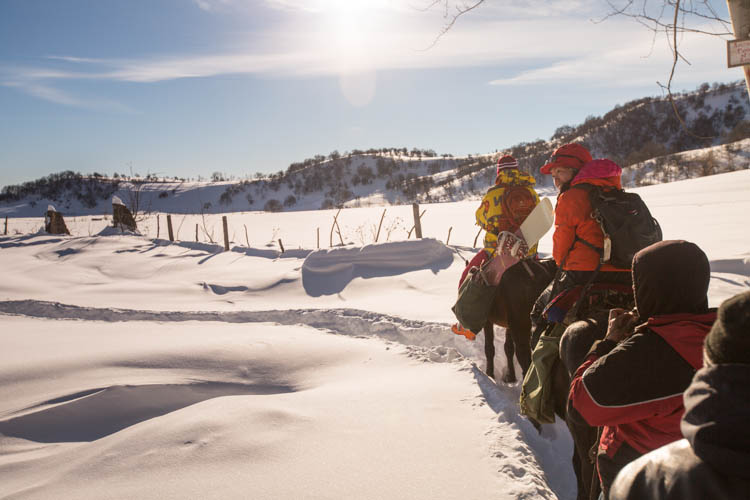 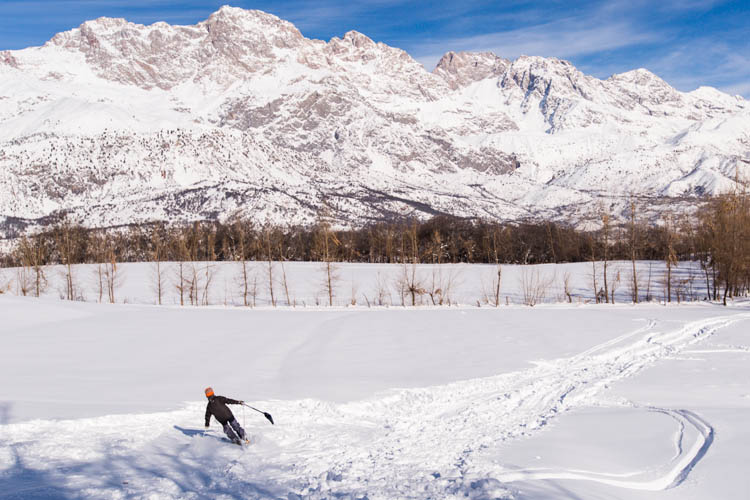 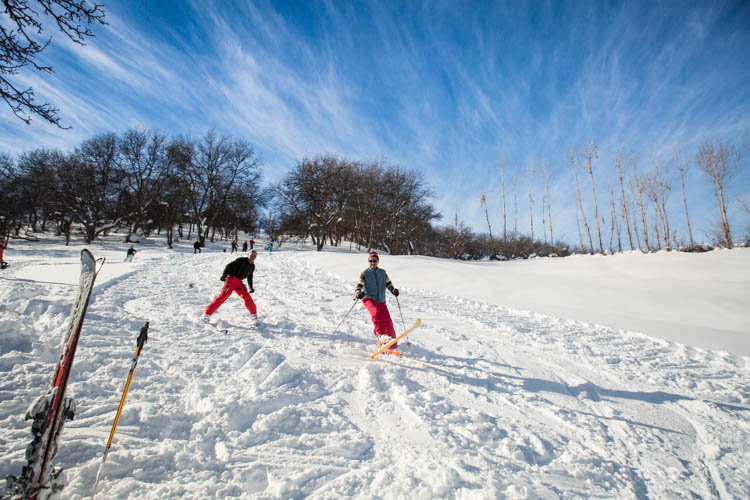 We had a great time snow boarding down the slope albeit it being a much shorter distance compared to the slopes at Karakol Ski Resort. But of course, both experiences are different and this somehow felt more authentic and interesting!

Another highlight of this awesome tour was none other than…..LUNCH! Our guide specially prepared for us a sumptuous spread of local snacks laid out in a picnic style for us. We had the traditional spice-laden Shashlyk (Central Asia’s version of Kebab or Satay) cooked over charcoal fire for our main course and boy was it the most delicious and succulent meat that we’ve ever tasted, well at least for Daniel. Personally I didn’t like it as much as Daniel did as they used this spice that was very commonly used in most local dishes in Central Asia and that spice didn’t go very well with my taste buds. But other than that particular spice, it was really tasty and yummy! 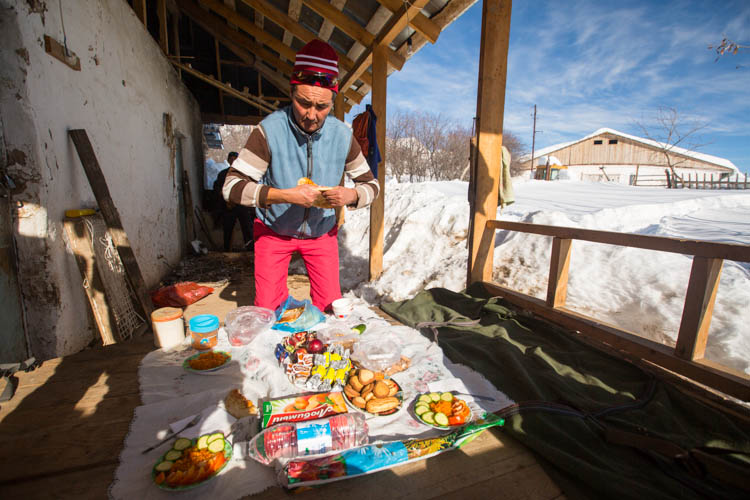 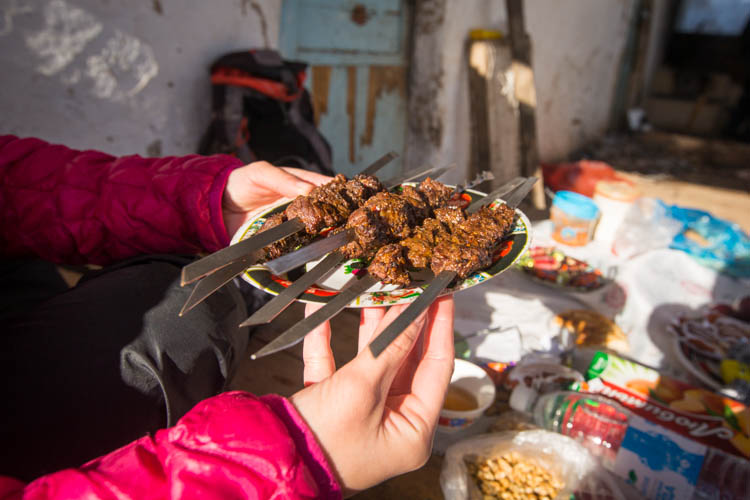 Overall we had a really great time with Hyat and his team! We really like the flexibility of CBT in Arslanbob and how they make us tourists feel very much at home during our stay there 🙂  CBT also offers a wide array of bespoke tours around Arslanbob at any time of the year! Just look for Hyat and he’ll be more than happy to share with you the details of each tour.

Where we stayed: Guesthouse 1 (Call Hyat and he will arrange the homestay for you

Have you been to Central Asia before? Where are some of your favourite places to horse trek or ski/snowboard? Share it with us in the comments below!

« Part 2: The Long Journey to the Hot Spring at Altyn Arashan » 7 reasons why it’s so awesome to travel as a Singaporean