Save the Aral Sea! See it now while you still can. The Aral Sea was once the 4th largest sea in the world and today, it has been reduced to a pathetic 10% of its original size.

We stopped by the ship graveyard where there were around 7 to 8 rusty ancient abandoned ships on the dried up land. It was surreal standing there in the middle of the vast desert land with sparse tundra bushes and abandoned fishing boats, trying to picture how this place used to be a thriving sea full of busy fishermen. It was fun though, playing around on the ships and exploring them inside out. 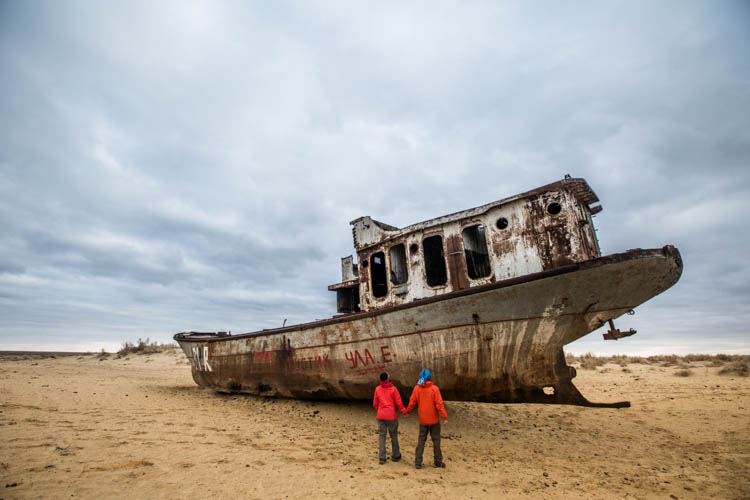 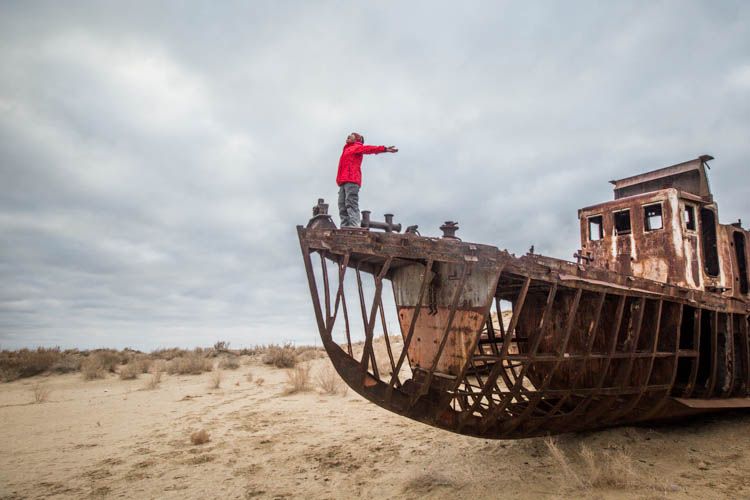 The next day, we drove for quite a long time before we could reach the remaining part of the Aral Sea. It was a very scenic drive to the Aral Sea and along the way, we passed by sublime picturesque canyon ridges. 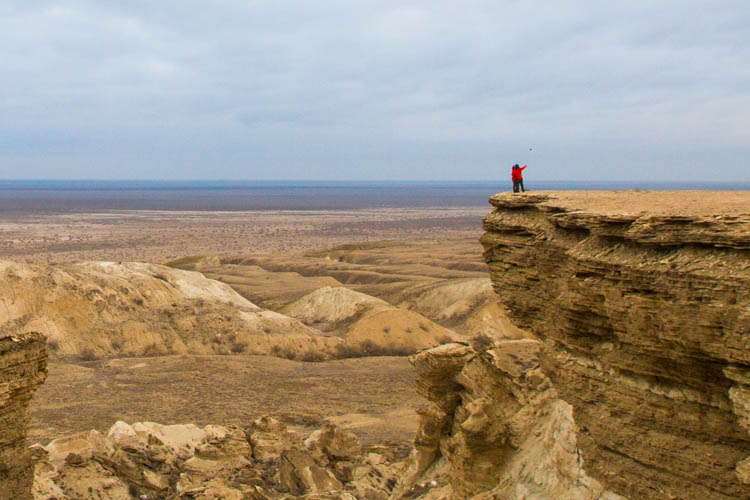 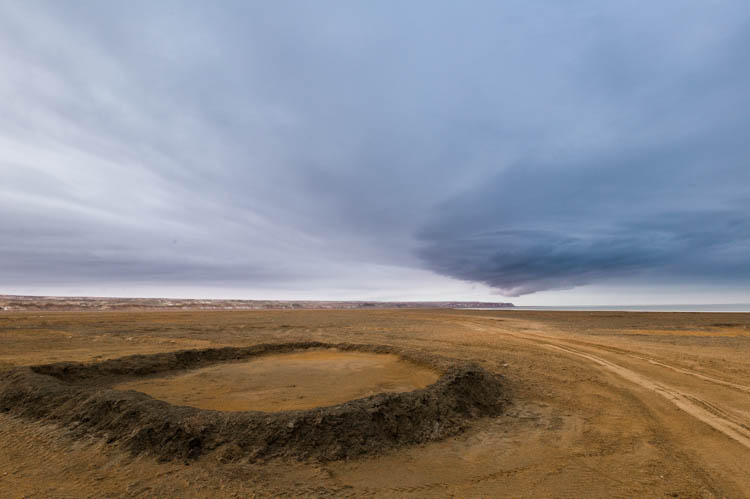 From a distance away, we could smell a strong whiff of salinity and we knew that we had reached the Aral Sea. There was a thick layer of white crystalline salts before we could actually reach the sea. Because it was winter, we could walk right up to the shoreline and to get to touch the waters. During summer, you’ll have to trudge through knee-deep mud before reaching the waters but in winter, the mud was all frozen and it was easy to walk on it. Unfortunately, it was too cold to swim during this period. Otherwise, it would have been quite an interesting experience!

Fun fact: Apparently the water is so salty that you could float a brick in it! Sadly we forgot to test that out. We initially planned to throw a rock in to see if it could really float. If you’re heading there, please try out this experiment and let us know the results! 😉 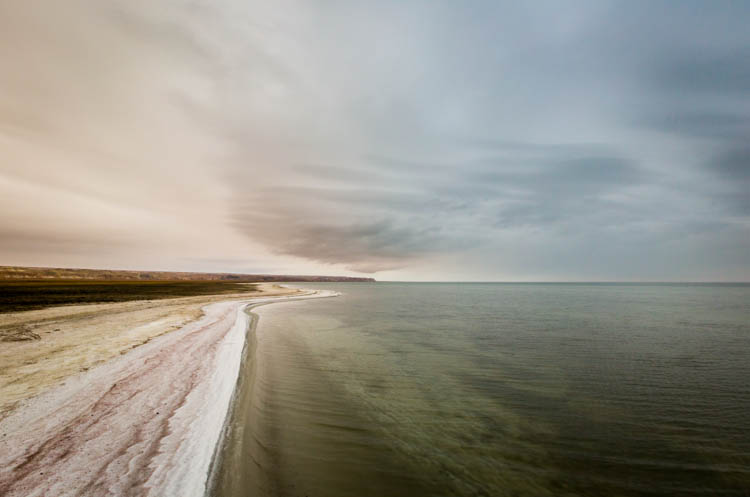 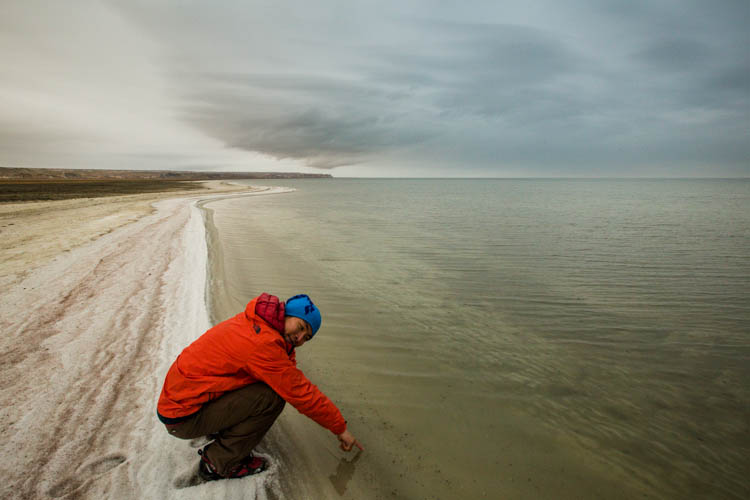 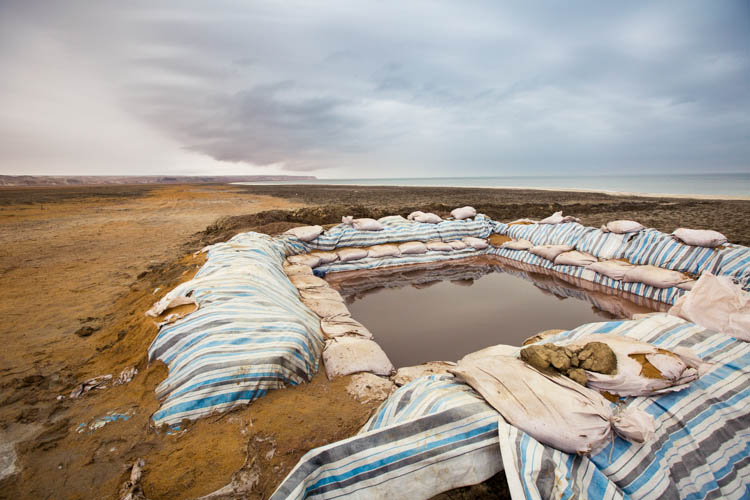 During summer, you can probably soak in these makeshift pools by the sea!

Lunch-time (in the middle of nowhere)! We always enjoy having a picnic style lunch in the midst of nature, just like we did in Mongolia! Only con is that it was very cold and our food got cold too quickly. Otherwise, it was an amazing experience dining in the wild. 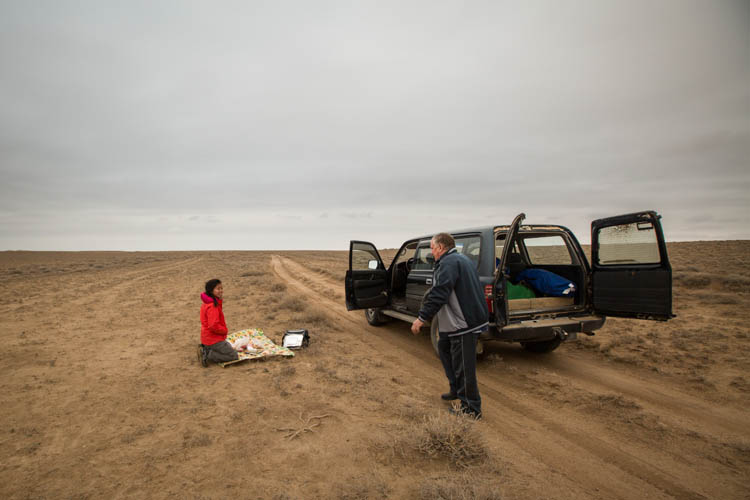 It was so windy that I had to kneel on the mat to keep it still!

After visiting the Aral Sea, we also stopped by an old fishing village where there were still people fishing till date. 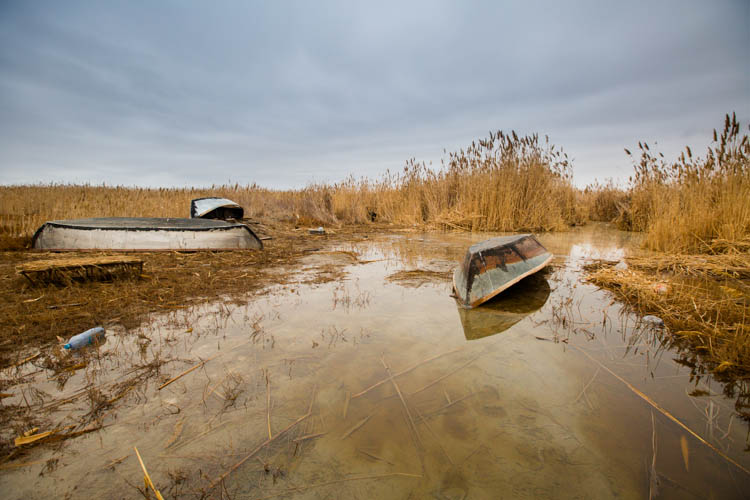 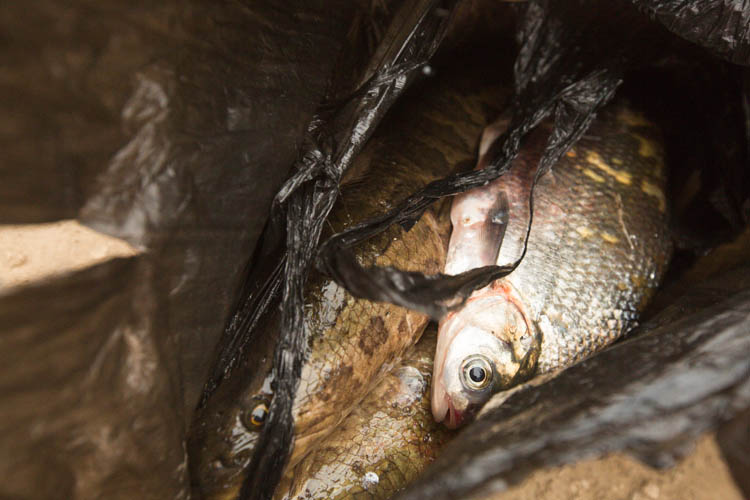 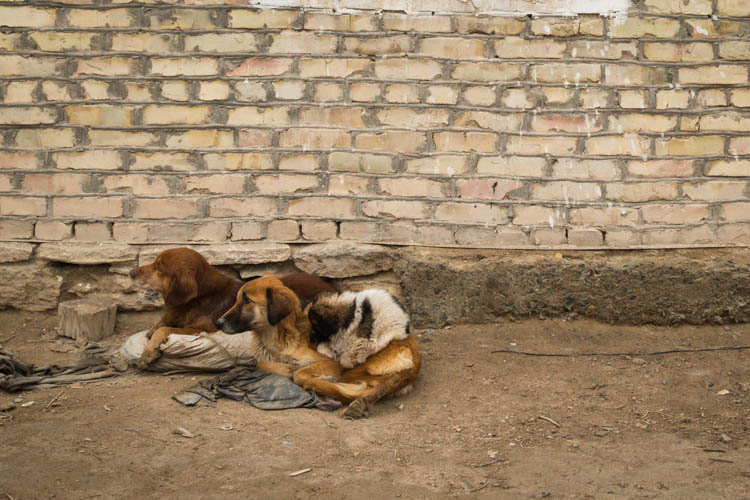 Spotted these random cute dogs lying outside the fishermen’s house

How to get to the Aral Sea

We booked our tour with Tazabay Uteuliev. You can contact him at +998913 77 7729 or +99893 364 8610. He responded to our email very quickly and can speak fluent English. The day before our tour he actually dropped by our hotel to see if everything is okay and to arrange with us the pick up time for the next day.

This tour was no doubt interesting albeit being very costly. The high cost is mainly due to the heavy fuel usage as we had to drive for a very long distance before being able to reach the Aral Sea. Also you will need a 4WD because of the uneven tundra terrain and public transport is not available. The only way is to book a tour with an agency. However to cut cost, we only hired a driver and chose to go without a guide; our driver couldn’t speak any English at all. It was quite a pity as he did try to share with us some information about the Aral Sea in Russian but we couldn’t understand him. Otherwise it would have been an even more wholesome and enriching experience.

Have you visited the Aral Sea before? Share with us your experience by commenting below! 🙂 For other things to do in Uzbekistan, check out our post on visiting Samarkand, Khiva, Bukhara or travel off road in Uzbekistan.

« How To Apply Visas For Central Asia, Iran & Armenia » Samarkand – The Heart of the Great Silk Road

How To Apply Visas For Central Asia, Iran & Armenia

Our experience on applying for visas to Kazakhstan, Tajikistan, Uzbekistan, Turkmenistan, Iran & Armenia. Includes useful tips, the location of...