6 Stunning Caves In Sarawak that you never knew could exist

Being huge fans of caves, we were thrilled to be able to visit so many of them in Sarawak. Each cave has its own unique characteristic and flavour, such that we guarantee you won’t be bored even after visiting your 5th cave! Here’s a list of our favourite caves in Sarawak!

When we first stepped into the Fairy Cave, we were in awe of the greens inside the cave!  The cave was humongous! There were quite a number of steps to be climbed before reaching the cave entrance, but it’s really worth it.

Fun fact: The cave was named after this fairy statue that was built inside the cave where the locals actually come to pray to it. 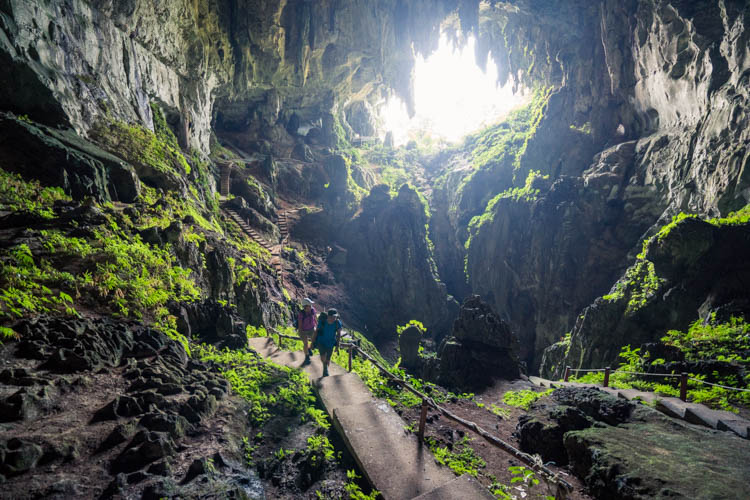 Feels like a scene out of a fairy tale! 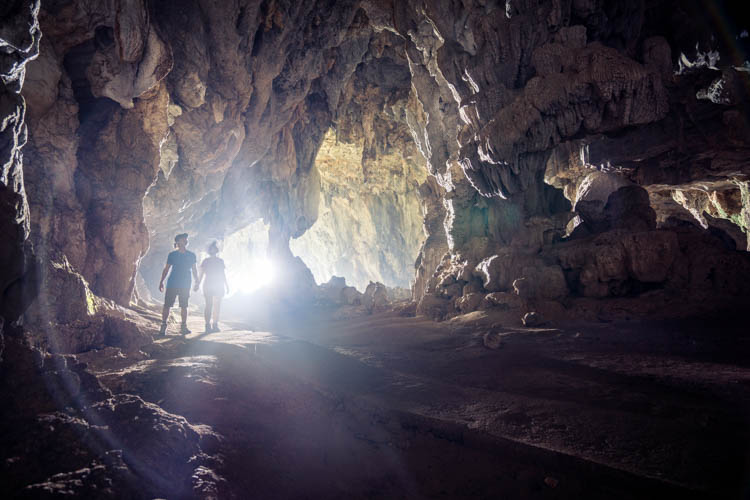 The inner part of the Fairy Cave

Deer Cave located at Mulu in Sarawak, is the largest cave passage in the world and also the home to millions of bats. If you notice in the photo, that black patch on the cave ceiling, those are actually bats that are resting! 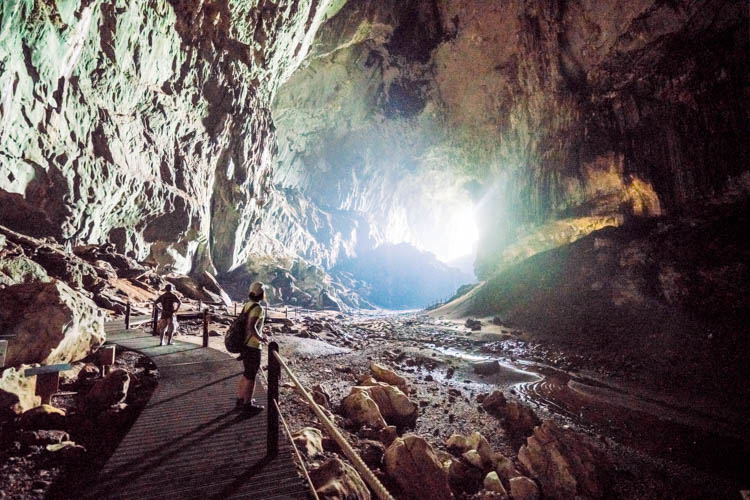 Fun Fact: Every day between 5-7pm if the weather is fine, 2-3 million bats will fly out of the Deer Cave in search for food! They will usually fly in a spiral manner like in the photo below as an attempt to distract and confuse their predator, the hawks! We were lucky to have witnessed this interesting phenomenon at about 6.30pm just before it turned dark. 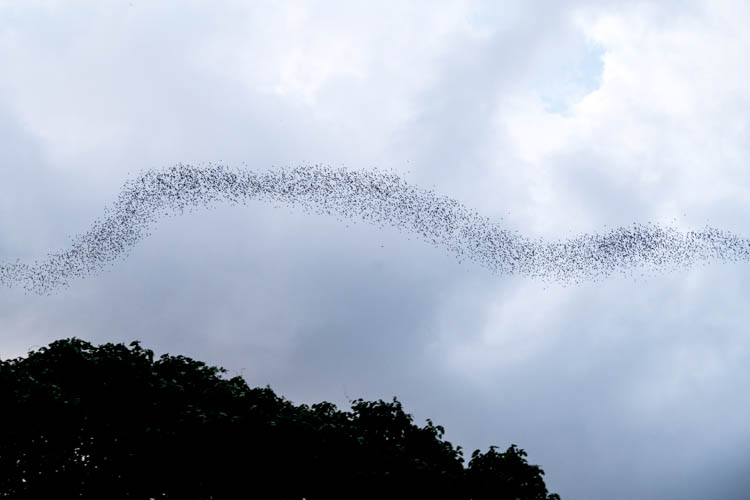 Witnessing the bat exodus outside the Deer Cave in Mulu!

The Lang Cave is smaller in comparison with the Deer Cave, but the beauty lies in the natural formation of its stalagmites and stalactites. There was a section that really resembled tons of jellyfishes! 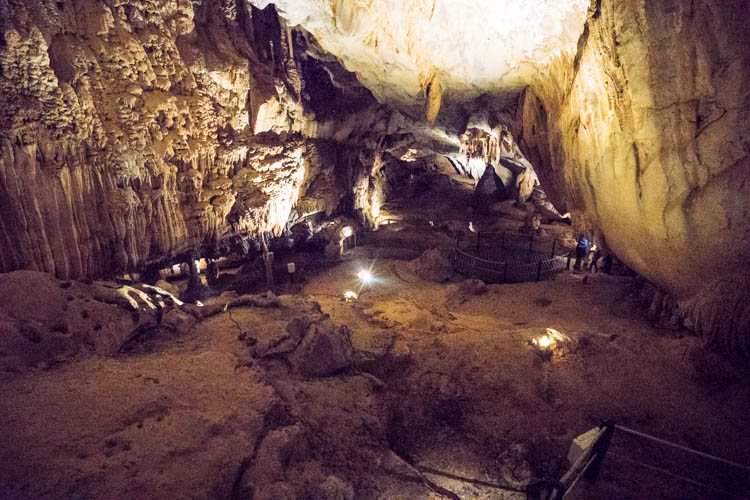 This cave was special because there is actually a river flowing through the cave! Also, the water was really really clear! It felt so inviting to head down for a swim! Apparently you can do adventure caving in this cave, something that we were really keen in but unfortunately we did not have the luxury of time. We will definitely be back to try the adventure caving here one day! 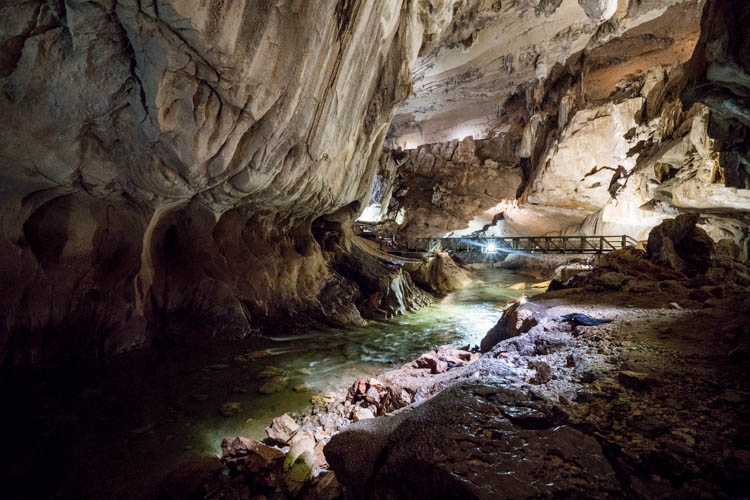 Beautiful cave with a super clear river flowing within the cave 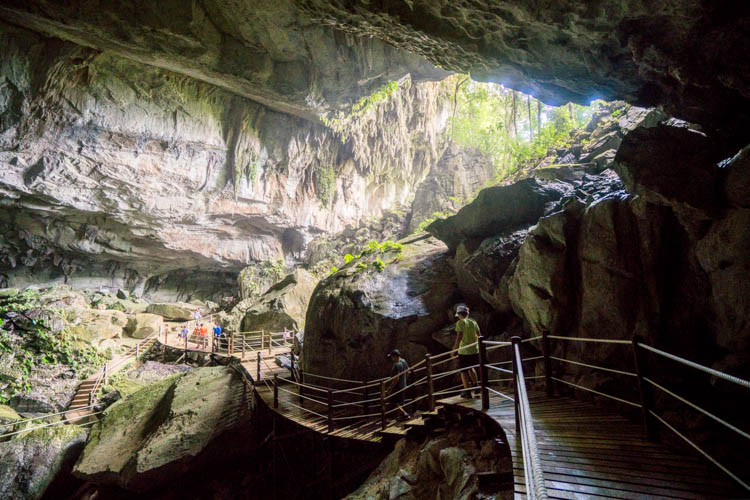 It’s amazing how beautiful natural architecture is, just look at the beautiful rock formations inside of the Wind Cave in Mulu. A lot of the stalactites and stalagmites have reached each other and eventually formed a long pole structure.

Fun fact: A stalactite/stalagmite takes more than a 1,000 years just to grow 10cm. Can you imagine how old the cave is for such massive structures to be formed?! 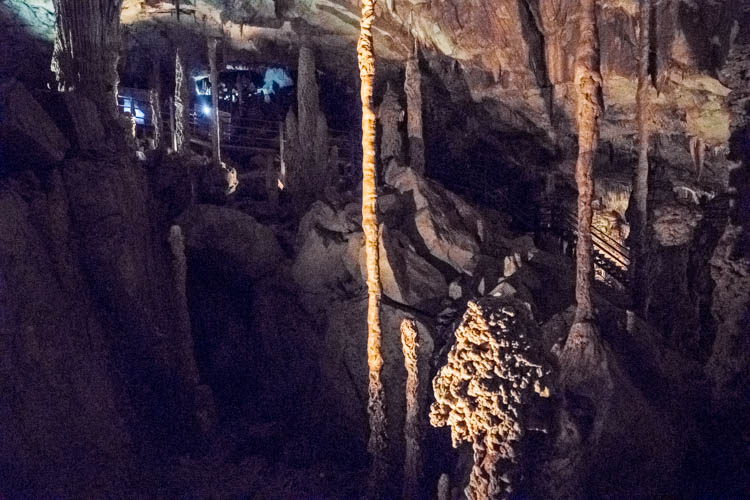 We were surprised to hear that till date, the locals in Niah are still practising the traditional methods of extracting the bird nests from the cave ceilings! Particularly in Niah Cave, you will see a lot of long wooden planks hanging from the ceiling. These thin wooden planks were meant for the locals to climb up to the ceiling (without any harness or safety equipment), and to retrieve those swiftlets’ nests!

Fun Fact: Each wooden pole belongs to 1 family and you can akin this to a plot of farm land where different sections have been distributed to different families and that section of the cave is basically their livelihood. 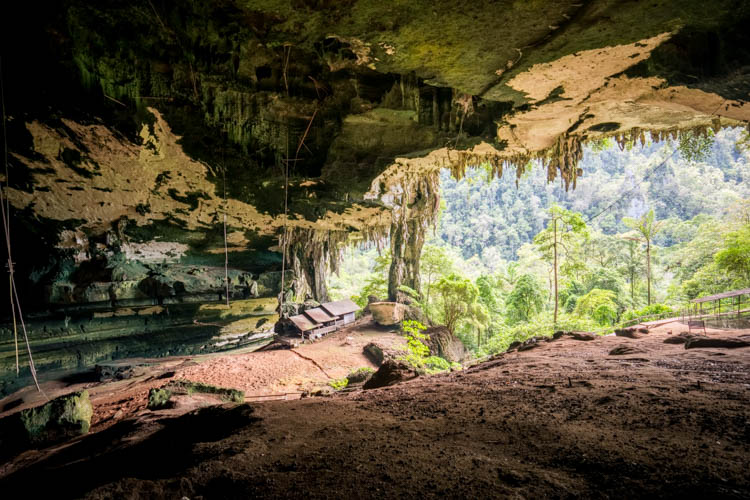 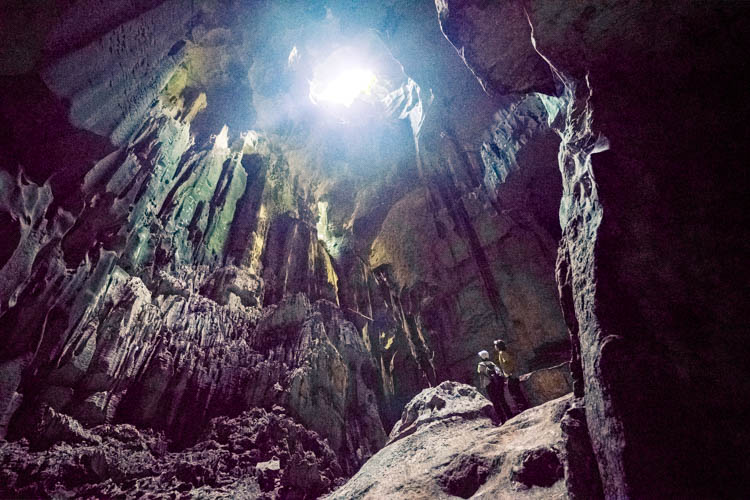 How to get to the caves:

There is no public transport to the caves above and you will have to charter your own private transport. We booked our tours with Amazing Borneo and generally it was a fuss free experience! We highly recommend them if you’re looking for a reputable and trustworthy agency in Sarawak.

10 Delicacies Worth Flying To Sarawak For

Calling out to all foodies! You will definitely fall in love with Sarawak! Get ready your empty tummies for a...