3D2N Trek in Hsipaw plus Homestay 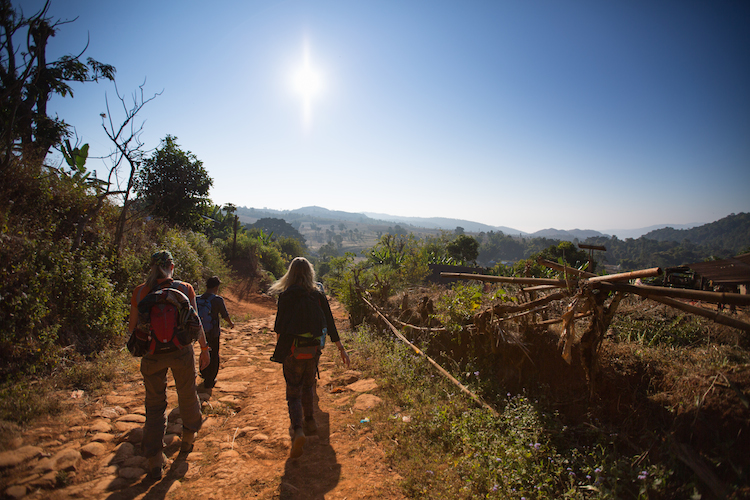 One of the highlights of our Myanmar trip was really the 3d2n trek in Hsipaw. The scenery was simply breathtaking and stunningly beautiful, kinda of helped take the fatigue away from trekking. Also, it was really fun trekking in a big group, there were about 7 of us. We took turns talking to every person in the group and got to know each other better.

We booked our 3d2n trek at Mr Charles Guest House and our guide was “Kyaw Kyaw” (pronounced as Jo Jo). There are of course shorter and easier options for those who prefer a shorter trek. Just tell the trek agent what your preferred trek options are and he’ll recommend you accordingly. We paid 40,000 kyats (approx $40) each for the 3d2n trek, accommodation and food all inclusive, except for water. But anyway you’ll be able to get bottled water easily from the villages and it’s really cheap too. Both nights were spent at a different village.

Highly recommend our guide, Kyaw Kyaw (“Jo Jo”) to anyone who’s keen to take on this trek. Albeit being at a tender age of 22 years old, he’s really knowledgeable and never failed to keep us entertained with his never ending fun facts of the day. And to add on, he’s really funny and cracked all of us up with his jokes. In the picture below, he was telling us about the watermelon plantation and about how big the watermelons are here in Myanmar. As you can see, we were all still decked in our fleece jackets, scarves and all. It was around 8am in the morning and was still very chilly! But as the hours past, it got hotter and our layers of clothing got lesser. 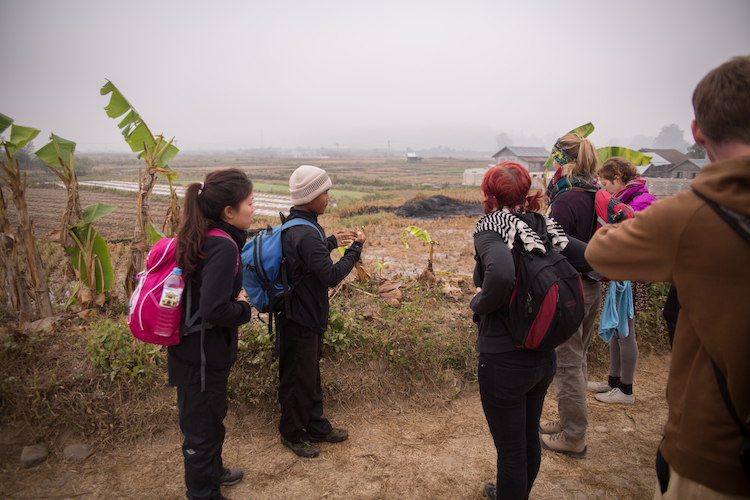 At one part of the trek, we had to cross an ankle deep stream and the water was really cold! It was quite refreshing actually after half a day of trekking under the scorching hot sun. By the way, i would really recommend to put on lots of sunscreen as the sky in Myanmar is almost void of clouds and you can feel your skin getting burnt by the minute. 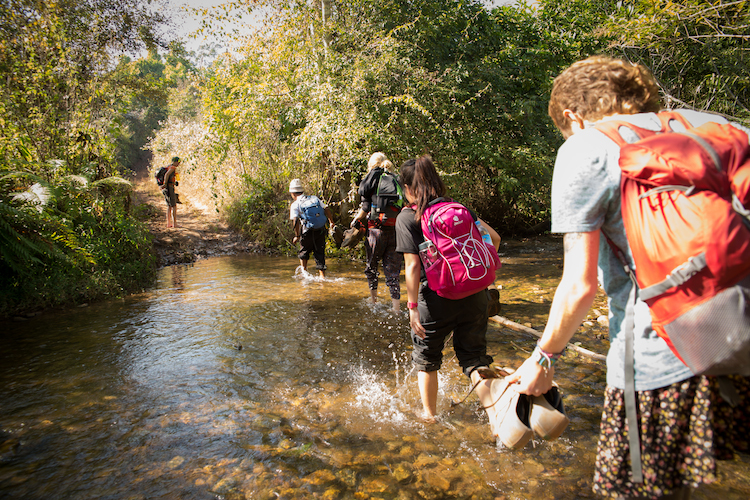 Finally after almost 6-7 hours of trekking, we reached the village that we were staying at for the first night! The first day trek was the most tiring compared to the remaining 2 days. It was mostly uphill on the first day and the weather was terribly hot! I was soooo happy after i caught a glimpse of the village from afar. 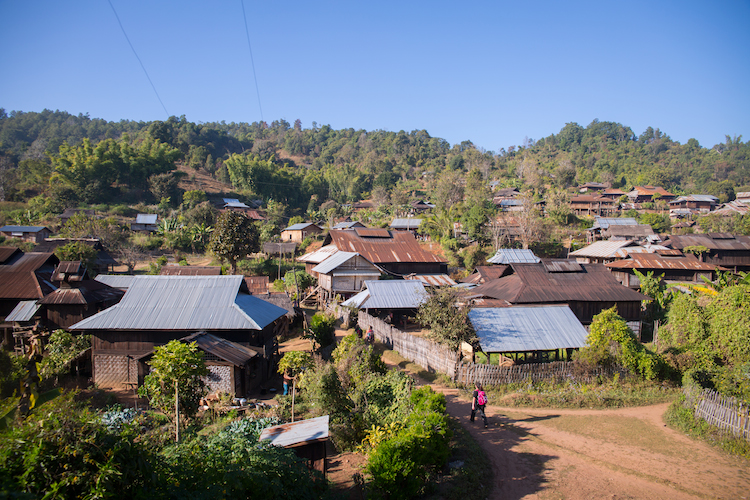 Celebrating our first day with “Palaung Beer”. It’s actually green tea but our guide called it “Palaung Beer” because of its resemblance to actual beer. Palaung is the name of the village that we stayed at for the first night. In Myanmar, the locals grow their own tea leaves and drink green tea all the time. They hardly drink water actually. Every meal was served with hot green tea! 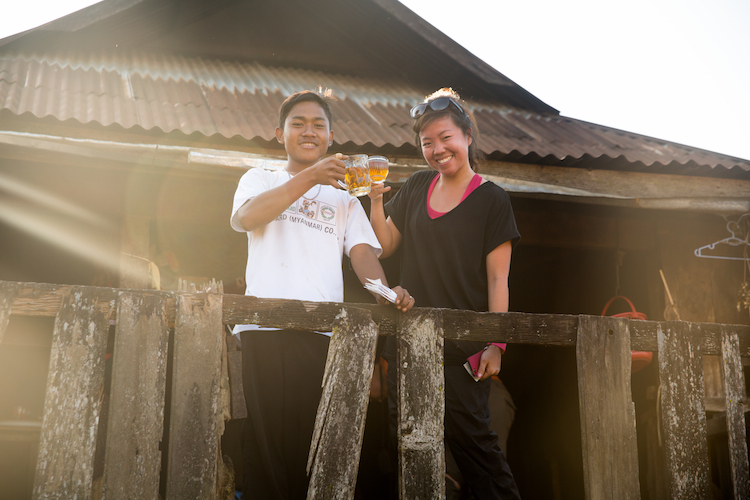 A sumptuous meal awaited us! As the people in the villages were mostly Buddhists, our meals were vegetarian for all 3 days. It’s their culture to have a plate of crackers as part of their meal. We ate crackers at almost every meal until we got really sick of it. But the food was yummy! 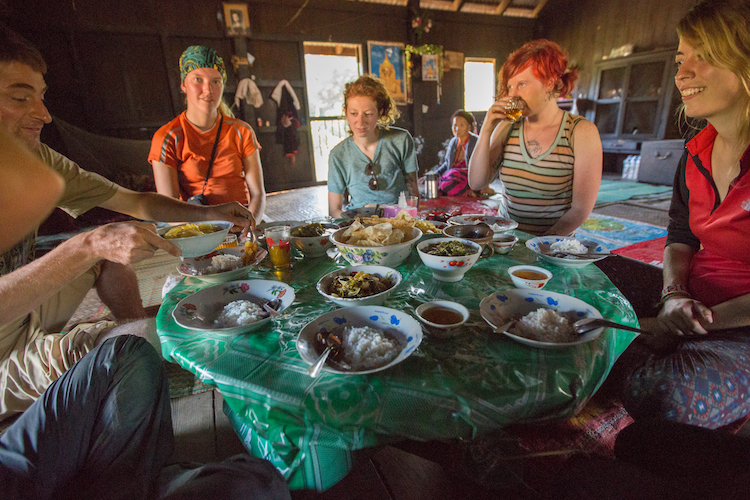 Another thing we enjoyed most about the homestay was the village kids. They’re the most adorable! 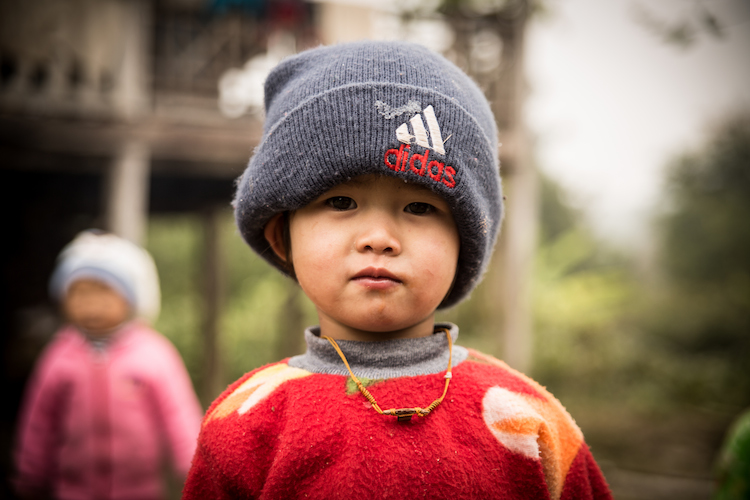 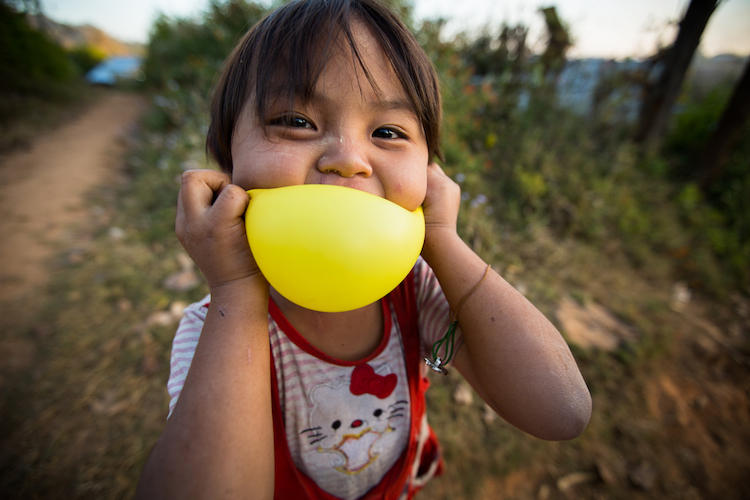 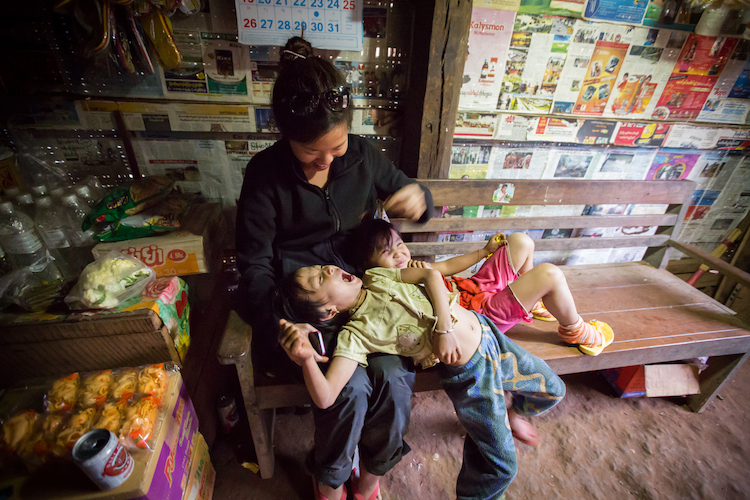 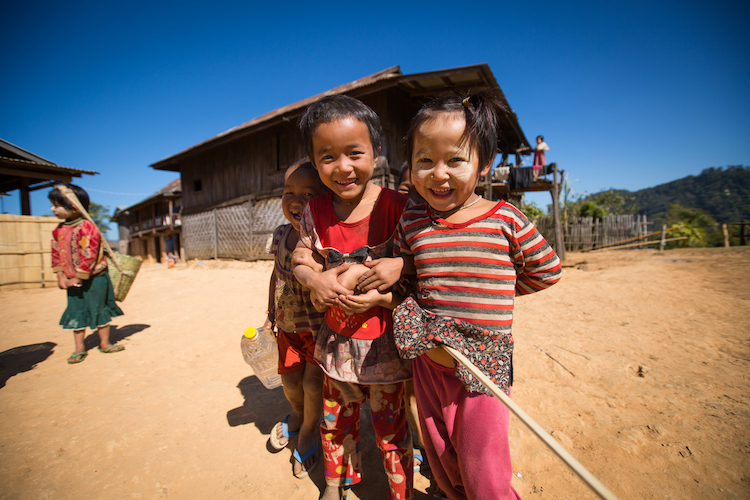 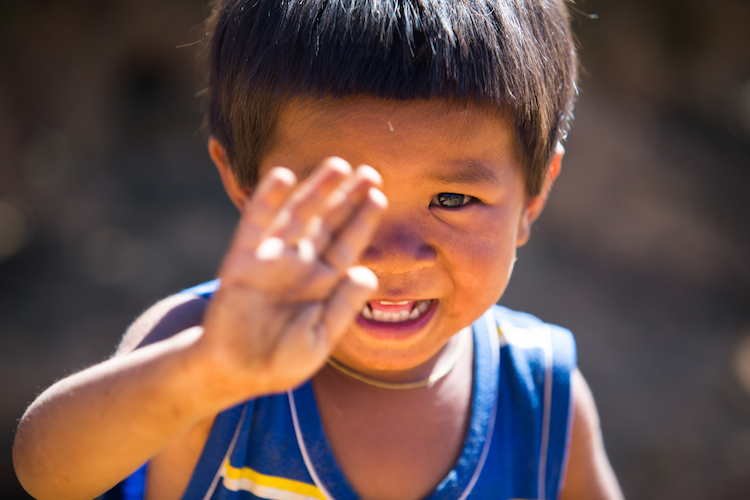 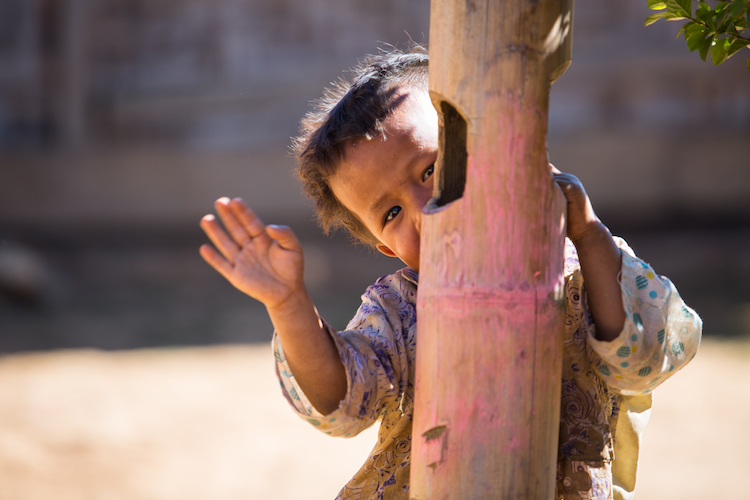 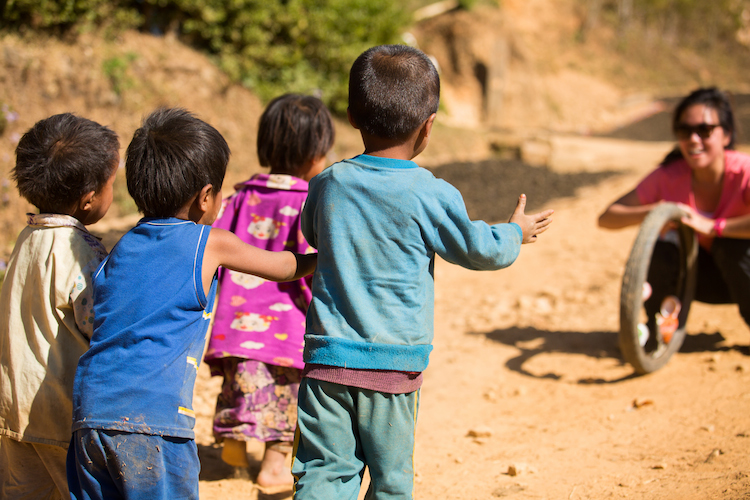 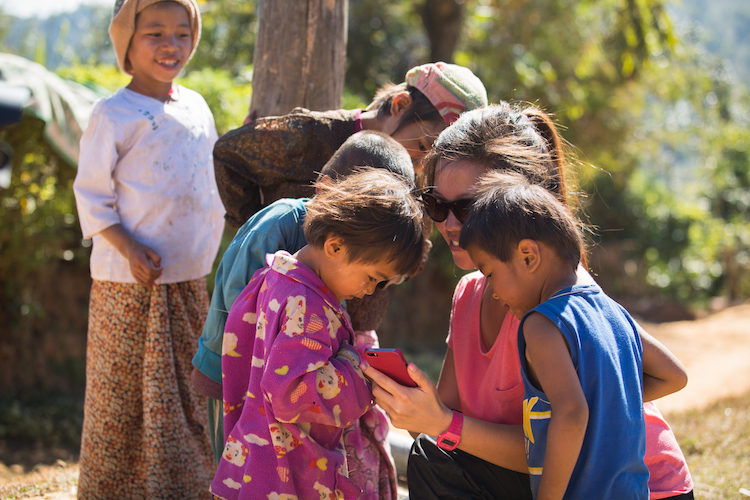 We explored the village on our own and chanced upon this small convenient store. The guy in purple (owner of the store i think) at the corner was really talented! He could sing and play the guitar really well! We happily sat down and listened to him sing with lots of emotions while strumming the guitar at the same time. Shortly after, our guide and his friend dropped by and joined in the singing. It was really fun just sitting there watching them.

If you’ve watched our video, the soundtrack is actually an original song composed by the guy in the purple sweater. The song was about a girl that he loves and misses very much. 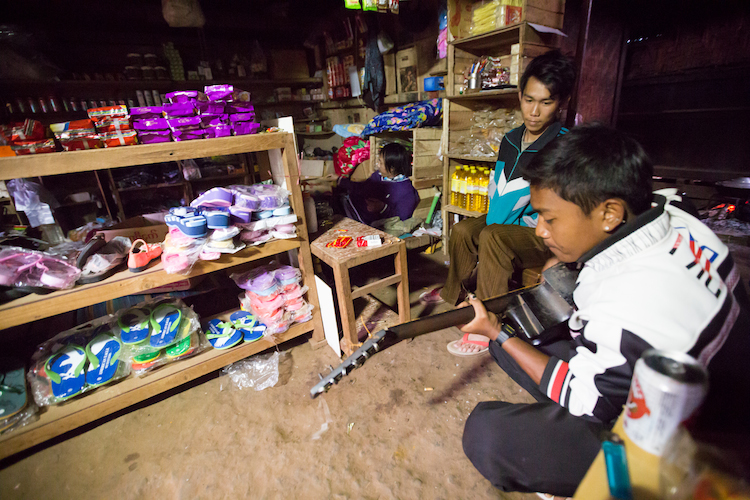 After the sun has set, we returned back to our home and continued to chill with the rest while keeping ourselves warm by the fire. It was really cold at night! We were all freeeezing. 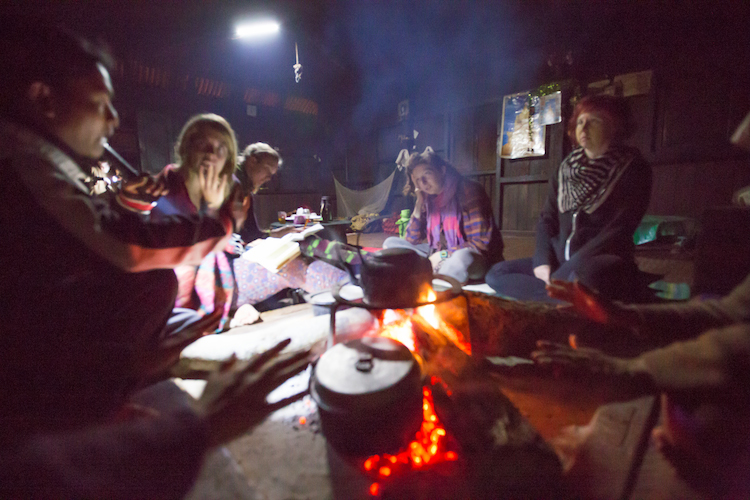 Fortunately, the home provided us with 2 thick and warm blankets each and a mattress to sleep on. It was pretty comfortable actually and we were kept warm enough. 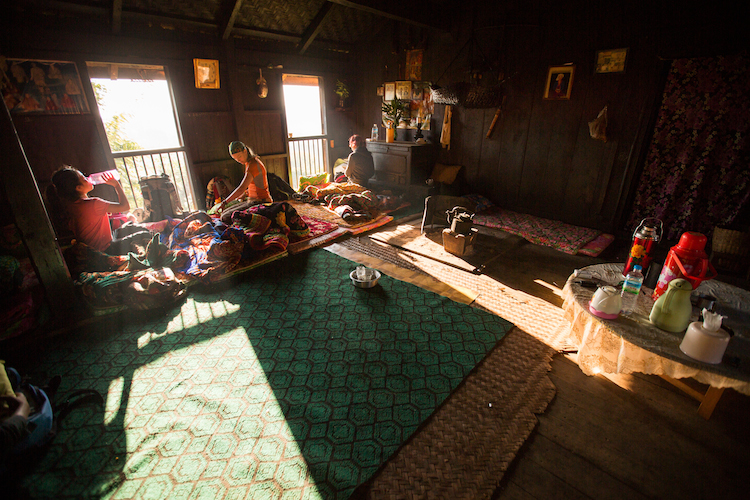 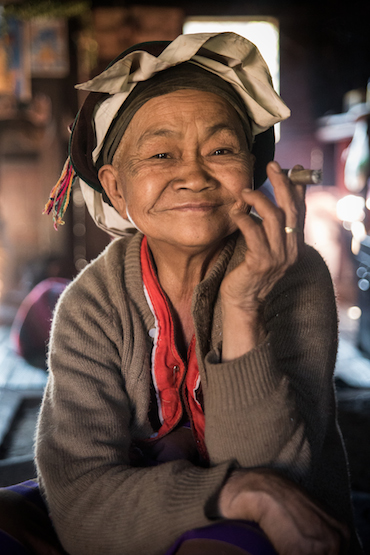 While exploring the village on the second day, we passed by a school and a monastery. 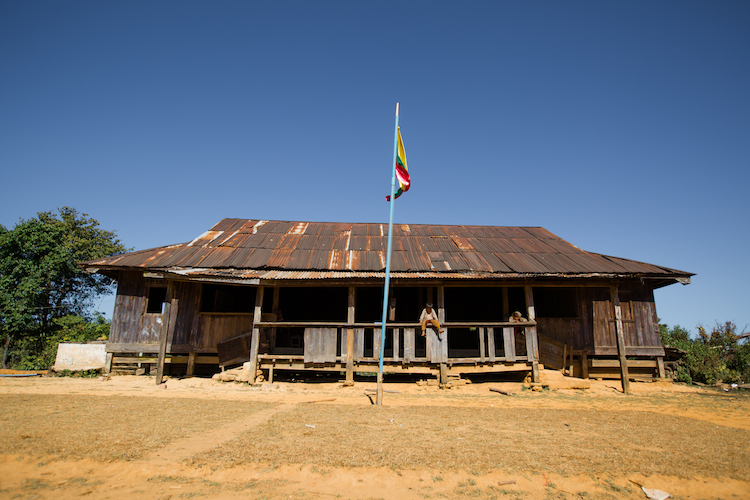 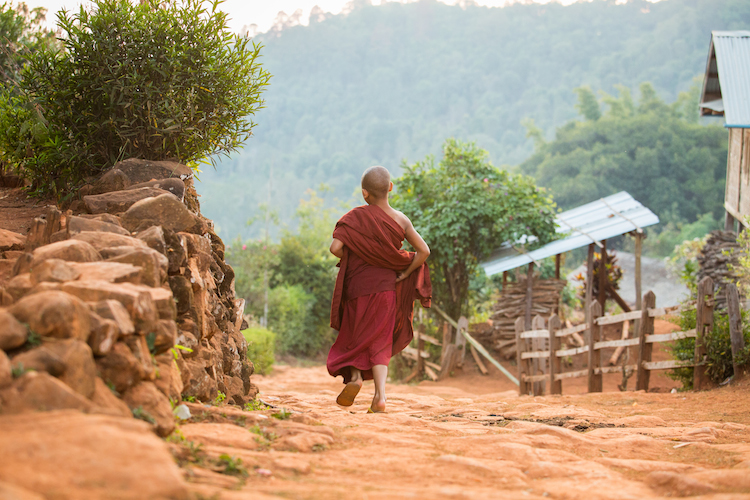 We spoke to a friendly monk who’s a novice leader and he invited us into the monastery. This is where the monks will gather twice a day (once in the morning and once at night) for their prayers. We initially requested to stay in the monastery on our second night, but they don’t serve dinner and didn’t have enough mattresses for our large group. However, if you’re in a small group or on your own, you might want to consider staying at the monastery. It’ll be quite an interesting experience i think ! 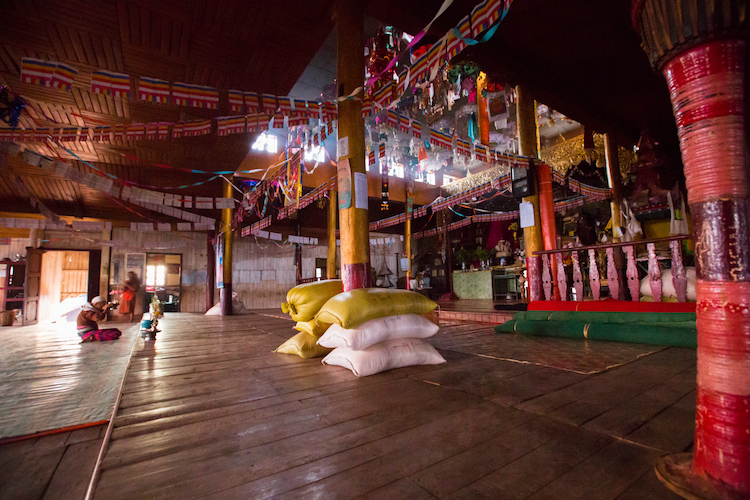 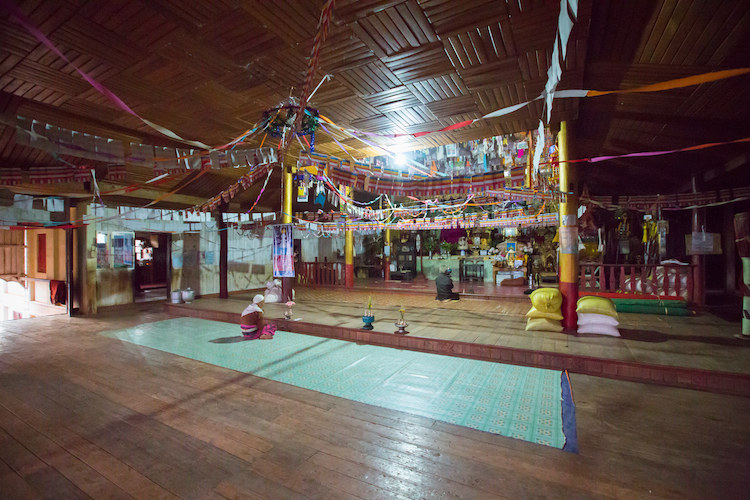 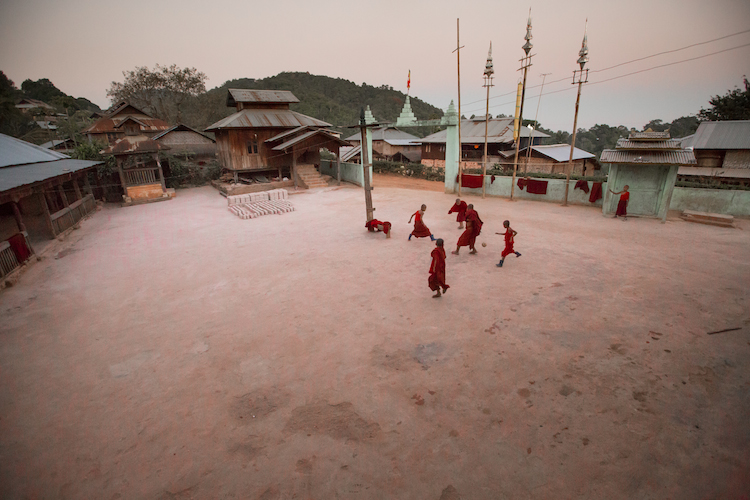 On the 3rd day, we were rewarded with a dip in the hot spring! Unfortunately we did not take any photos of the hot spring. It was actually more like a local bath rather than a touristy hot spring that you would have imagined it to be. Males and females were separated by a cement wall. It was quite cheap actually, around 200kyats/entry ($0.20). You could see plenty of locals there with their longyi wrapped around their bodies while holding a basket of toiletries. In the villages they do not have the luxury of  having hot water to shower with and hence this hot spring is really a blessing to them especially in the colder winter months.

And finally, we were on the last leg of the trek and our guide surprised us with a pickup truck to send us back to our guesthouse! The surprise also included cold icy refreshing beer for everyone! 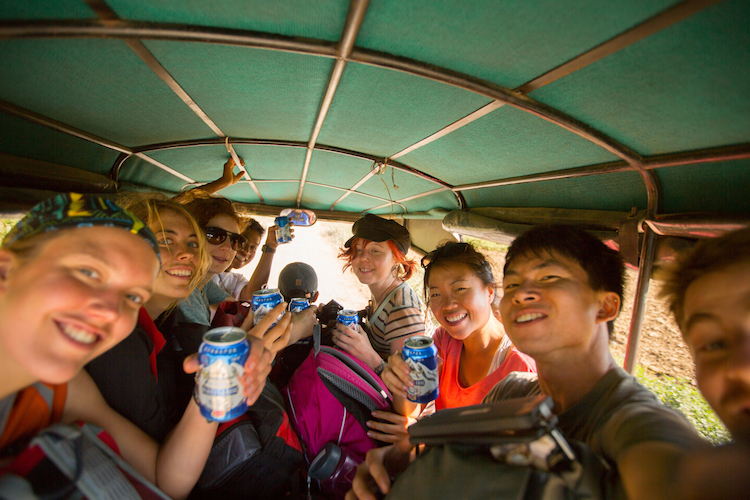 We would really recommend anyone traveling to Myanmar to go for this trek at Hsipaw. A great opportunity to soak in the local culture while homestaying at the village. I can’t compare with the “Kalaw to Inle” trek as we didn’t have enough time to do it, but based on other travelers’ reviews who have done both treks, they preferred the trek in Hsipaw as it’s a lot less touristy and commercialized. In fact, we hardly saw any other travellers besides ourselves while trekking! For those that missed our previous post, check out how we spent the rest of our days in Myanmar!

With that, i shall end my post with 2 photos of random cats that we saw during one of our coffee breaks. 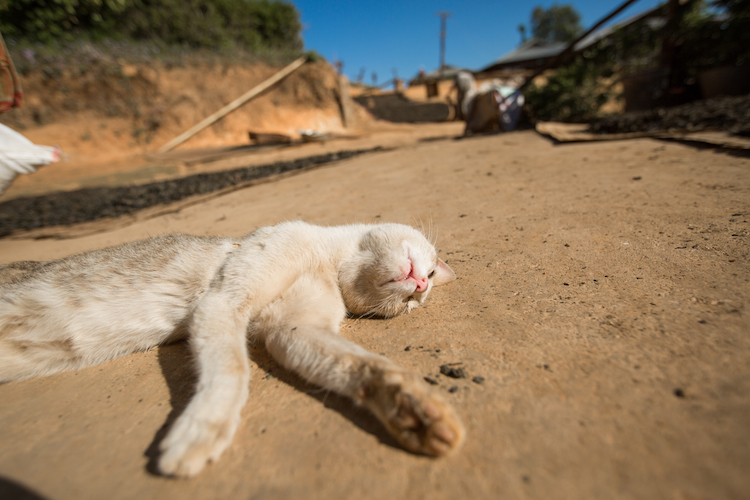 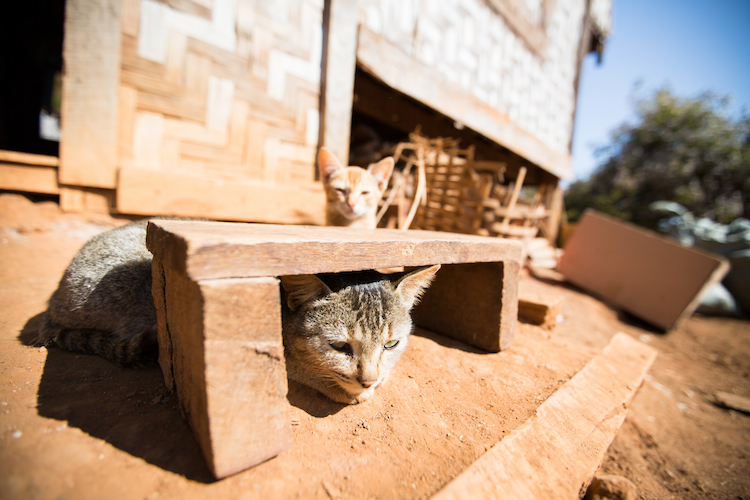 « Detailed Overview of our 16 Days Backpacking Myanmar! » Up Up and Away! Hot Air Balloon over Bagan

Overview of our route, transport mode and budget for our 16 days of travel in Myanmar!