Tongariro National Park is New Zealand’s oldest park and heralded as one of the best treks in New Zealand. Unfortunately, we weren’t blessed with good weather when we were there but still, we went ahead. When we arrived at the visitor centre at the Tongariro National Park, we were advised by the staff to postpone our trek due to the bad weather – strong gale and possibility of snow. She mentioned that just the night before, a group of trekkers had to be rescued via helicopter as they were stranded at one of the summit. That scared us quite a bit, but since our trip was entirely spontaneous and we traveled all the way here just for this trek, we decided to proceed with our plans. 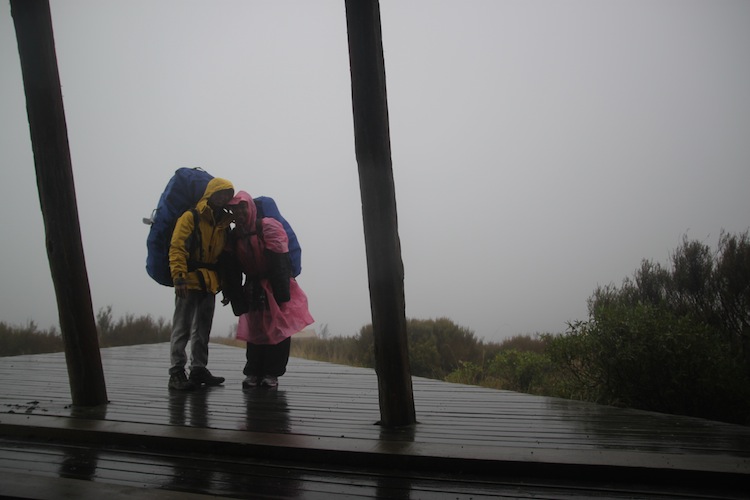 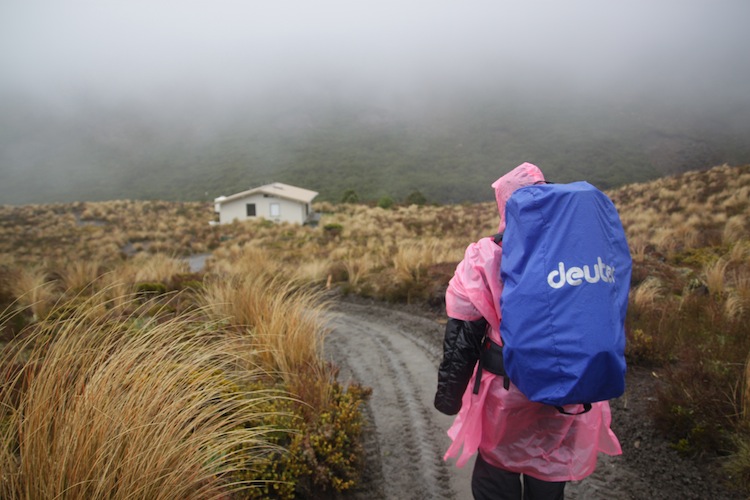 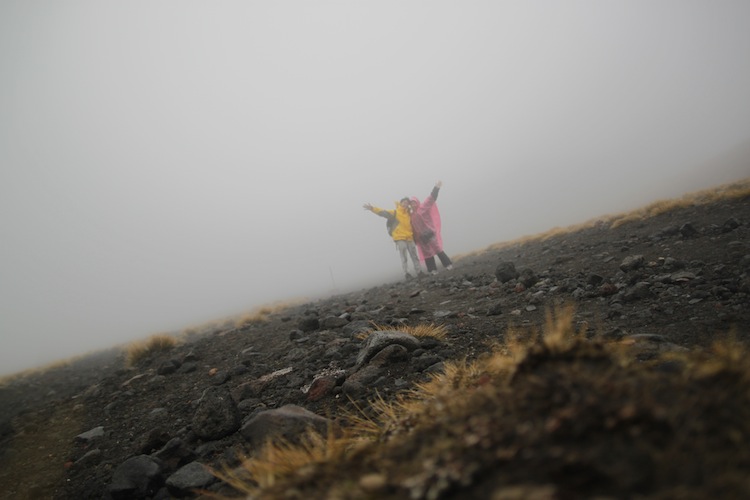 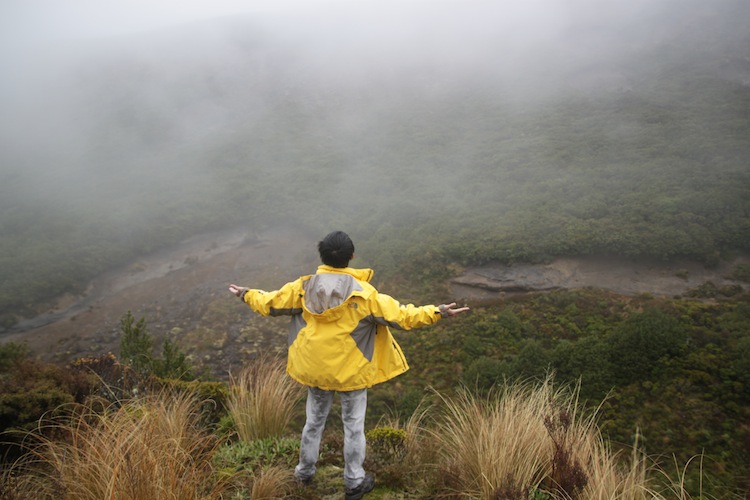 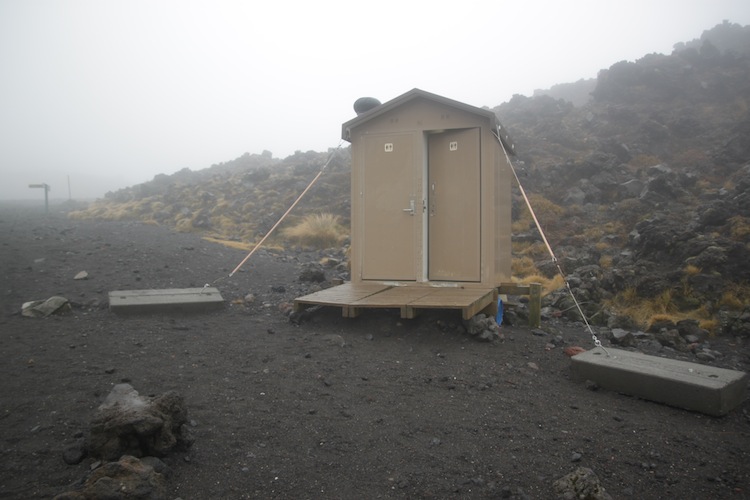 Apparently the wind was so strong that they had to use huge boulders to hold down the portable toilet. 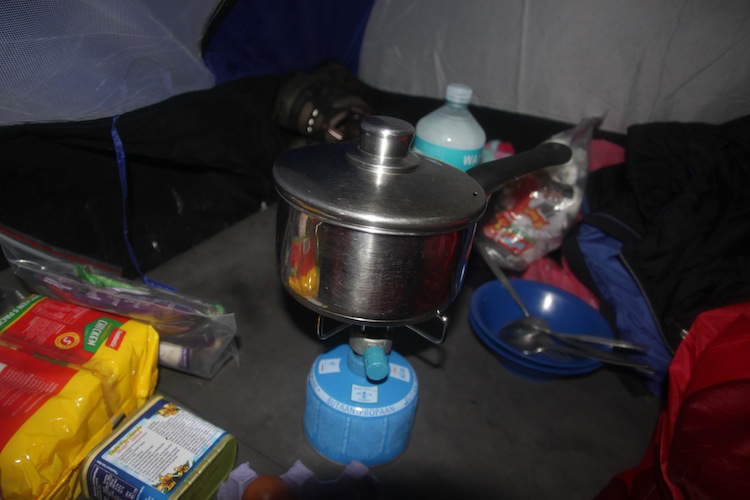 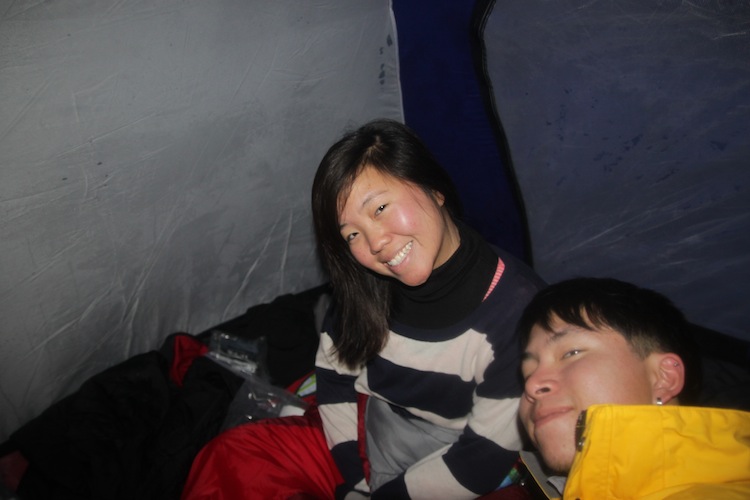 Here’s a glimpse of how strong the wind was.

At night it got worse as it started to hail. Hail plus crazy strong wind. No joke. We felt like we were in the midst of a storm! We woke up at around 3am and we both had a pounding headache. It felt like everything was spinning and our heads were pounding so furiously that it felt like they were gonna explode. But because it was so late at night, plus it was so cold, we decided to continue sleeping for another 3 hours before dawn breaks. But after a few minutes, we really couldn’t take it and decided to escape to the safe hut nearby. Thank goodness we did that, if not, i’m not sure if we would have even woken up the next morning….. 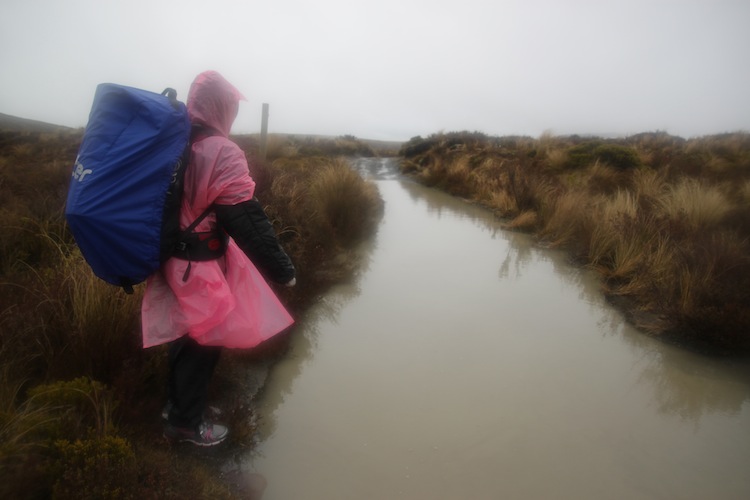 Well, we will be back again!