Things to do in Turkmenistan with a 5 days transit visa

Our suggested Things to do in Turkmenistan without a tour guide for 5 days, includes highlights such as the “gates of hell”, underground lake, ancient ruins and more!

If you’re crossing the border from Hojeli border in Uzbekistan to Turkmenistan, you can consider stopping by Konye-Urgench to check out some of the ancient ruins which include the Gutlug Timur Minaret, Konye-Urgench Museum and some Mausoleums. For us we took a taxi from the border to Darvaza and told the driver to stop by Konye Urgench on the way. 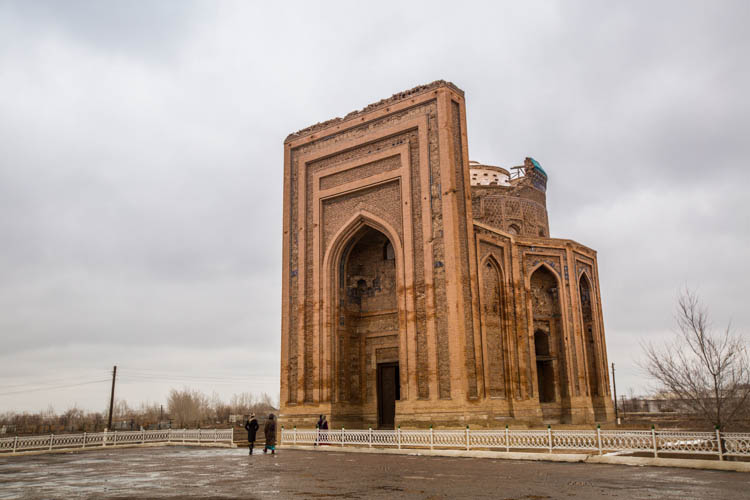 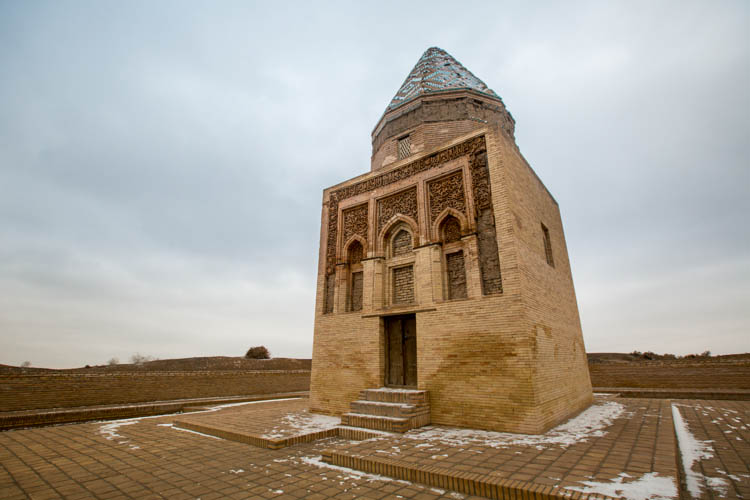 Not very worth going if it’s not on the way though. As compared to the sights in Uzbekistan, these monuments in Konye Urgench pale in comparison. They are a lot smaller and nothing much of it is left. The monuments are also very spaced out and it’s quite a distance to cover by foot.

After we were done with Konye Urgench, our driver continued to Darvaza where the gas crater was. We asked to stop at a chaikhanas (tea house) where we could have our dinner and rest for the night.

Tip: Very important to negotiate for a good price at the start and to confirm the price firmly before entering the taxi. Best if you can show him the actual money first and get him to agree with you. We initially asked for 100M and our driver quickly agreed and kept hurrying us to enter his taxi. We confirmed multiple times and pointed to the calculator and said “Manat” and he nodded his head and said “da da da” (means, yes yes yes). But lo and behold, when it was time to pay, he suddenly asked for 50USD or 160M instead of the 100M that we agreed on. He kicked up a fuss and even complained to the owner of the chaikhanas when we refused to pay him that amount. We had no choice but to relent and pass him the 160M.

Cost of staying at the chaikhanas: 10USD (dinner/breakfast available at an additional 7M)

The gas crater was certainly the highlight of our Turkmenistan travel and also the main reason why travellers come to Turkmenistan. Definitely a must see! Read about our detailed experience of witnessing the Gates of Hell in Turkmenistan. 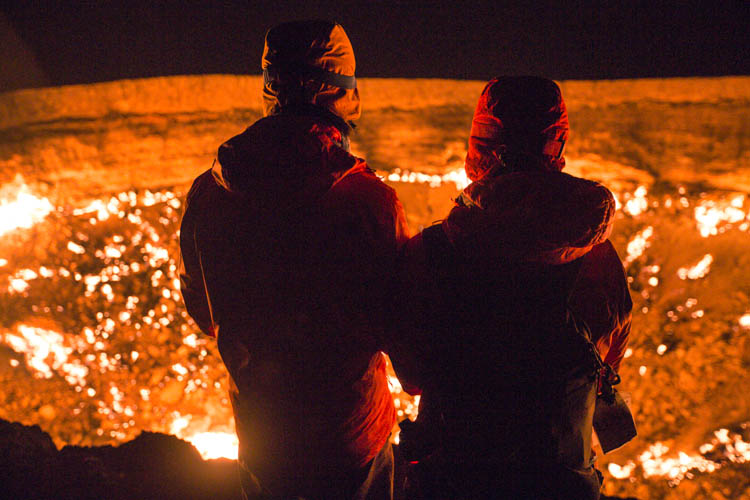 The experience was mind blowing. As we stood in front of the burning crater, it really did feel like it was the gate to hell. No other better analogy to describe this massive burning hole!

Cost: Free (if you’re walking to the crater on your own)

Getting to Ashgabat was quite tricky. There was supposed to be a bus to Ashgabat at 11am (according to the owner of the chaikhanas) but apparently another of the chaikhanas staff claimed that the bus was only coming at 4pm. We didn’t want to wait as we had limited time in Turkmenistan and ended up hitchhiking our way to Ashagabat. But it was a long and arduous journey and we were bedraggled and exhausted by the time we arrived at our hotel in Ashgabat.

Where we stayed in Ashgabat
Hotel Syyahat US$30/person
Free simple breakfast, no wifi
Location not that good, no cheap restaurants nearby also.

From its name, we were expecting the “lake” to be much bigger. But to our chagrin, it was more like a small pool. Its location was quite cool though, we had to enter this enormous cave in the mountain and walk down a series of steps before reaching the lake at the bottom. There was also a changing room available if you need to change into your swimwear. The water in this lake was naturally heated to about 35 degrees and it was very relaxing to soak in this tepid pool during winter. The water smelt stale as it was probably left stagnant.

Tip: If you’re heading here during winter, beware of the treacherous slippery grounds and steps! Daniel sprained his ankle here after slipping on the frozen ground. 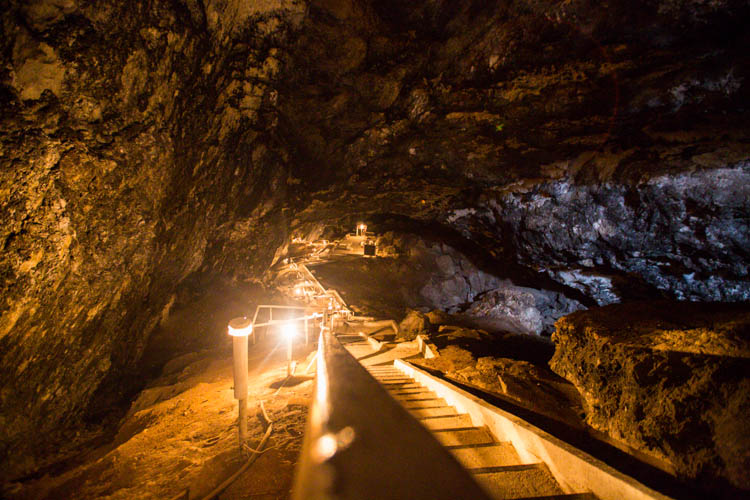 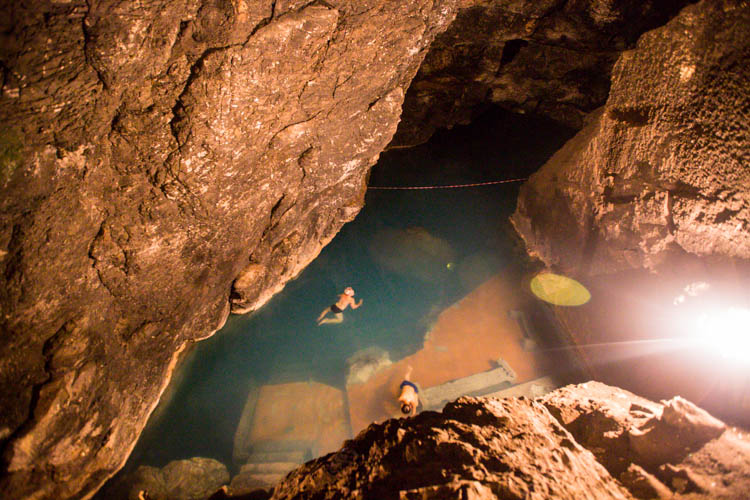 How to get here

You can take a bus to Turkmenbashi or Balkanabat from the main bus terminal (new) and alight midway at the main road and walk for about 90 minutes before reaching Kow Ata. You can try your luck at hitchhiking too, we only walked for about 10 minutes before a car came by and we managed to get a lift to Kow Ata for free! It was quite crowded when we were there and it was easy to get a lift back to Ashgabat from here.

Not very worth it in our opinion as it was quite hard to get here and the lake wasn’t that impressive. But if you have enough time and nothing else to do, you can consider this option.

Because of Daniel’s sprained ankle, we decided to stay in Ashgabat instead and to explore the rest of the city instead of heading to Merv (so unfortunately, no photos of Merv). We were quite surprised to see how futuristic this city was. It was almost similar to Astana in Kazakhstan! The government buildings in Ashgabat were grandiose and magnificent. The golden domes of the Palace of Knowledge were stunning! Unfortunately, we were not allowed to snap any photos of the government buildings and the level of security was very high. There were guards at almost everywhere who will warn you to refrain from taking any photos. Well, we still managed to snap a few shots surreptitiously. According to Lonely Planet, there was also an Earthquake museum here in Ashgabat but we were unable to locate it despite asking around. Our last day in Turkmenistan was spent travelling to our next destination, Iran.

Cost: Free (unless you’re planning on visiting the museum which we didn’t as it was too expensive) 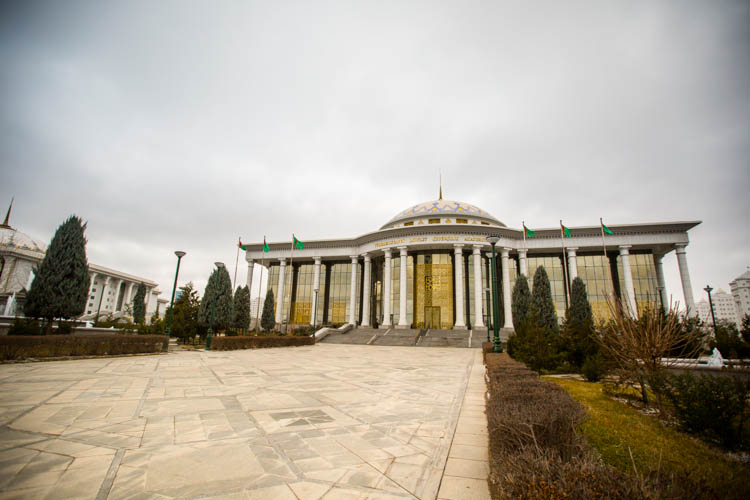 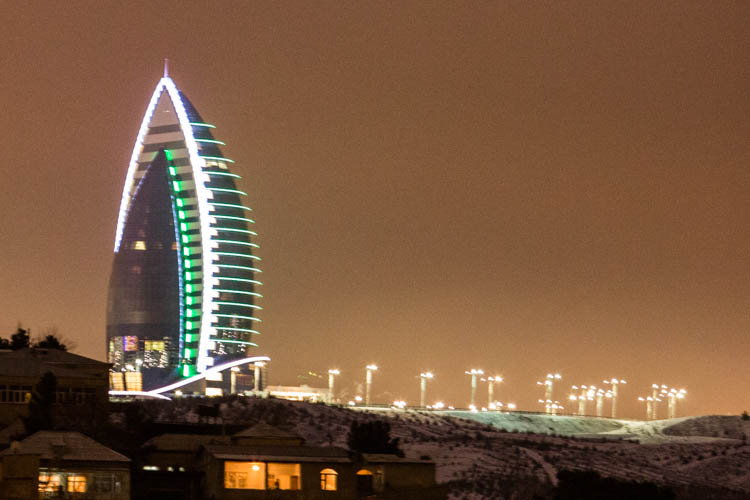 Have you been to Turkmenistan before? Did we miss out any highlights that should be included? Share with us your thoughts by commenting below! If you’re heading next to Uzbekistan, do check out our post on things to do in Uzbekistsan.

The grand question of it all when it comes to Central Asia, where in the world is it? The next...